Thierry Neuville tops the Rally Australia leaderboard after the opening loop of stages on Saturday morning after team-mate and rally leader Andreas Mikkelsen picked up two punctures in the second stage and plummeted to a heart-breaking eighth and then retirement. Neuville now heads a charging Jari-Matti Latvala who is a mere 6.3 seconds adrift after setting fastest time in the second of the three stages. Mikkelsen’s demise has elevated Kris Meeke back to third after he lost time in the day’s opener.

Today’s route is the longest of the rally and takes in five forestry stages and three super specials. This morning also provided a sharp wake-up call for the crews as they headed into the longest stage of the rally – Nambucca at 48.89 kilometres – first thing. Heading into the day with an impressive overnight advantage, Mikkelsen remained on top form and while he conceded the stage win to Neuville, retained his lead. However, in the following stage he ran wide into a bank and picked up a double puncture. With only one spare and one short stage remaining, the Norwegian was forced out from the final round of the Championship after a dominant performance. Neuville therefore inherited the lead but he too hasn’t been without error. After winning Nambucca, he missed a junction on the next stage and has picked up a gearbox problem in the process. Meeke rounds off the top three, 22 seconds off the lead, he too missing the same junction as Neuville.

Ott Tänak has moved from an overnight sixth to fourth and is the lead M-Sport driver, just 4.8 seconds behind Meeke. Craig Breen, making his debut competitive outing in Australia, is running well in fifth and is 19 seconds behind the Estonian and loving the stages. Hayden Paddon is sixth, the Kiwi ignoring his times and focusing on regaining a good feeling with the i20 Coupe WRC. He heads Sébastien Ogier who has resigned himself to being unable to improve his position, such was the time lost sweeping the roads yesterday. Stéphane Lefebvre is eighth for Citroën and he is holding off Elfyn Evans who is struggling for grip in his DMACK-shod Fiesta. Esapekka Lappi rounds off the top 10 and Kalle Rovanpera continues his learning curve as the only FIA WRC 2 Championship contender. He is 11th overall. 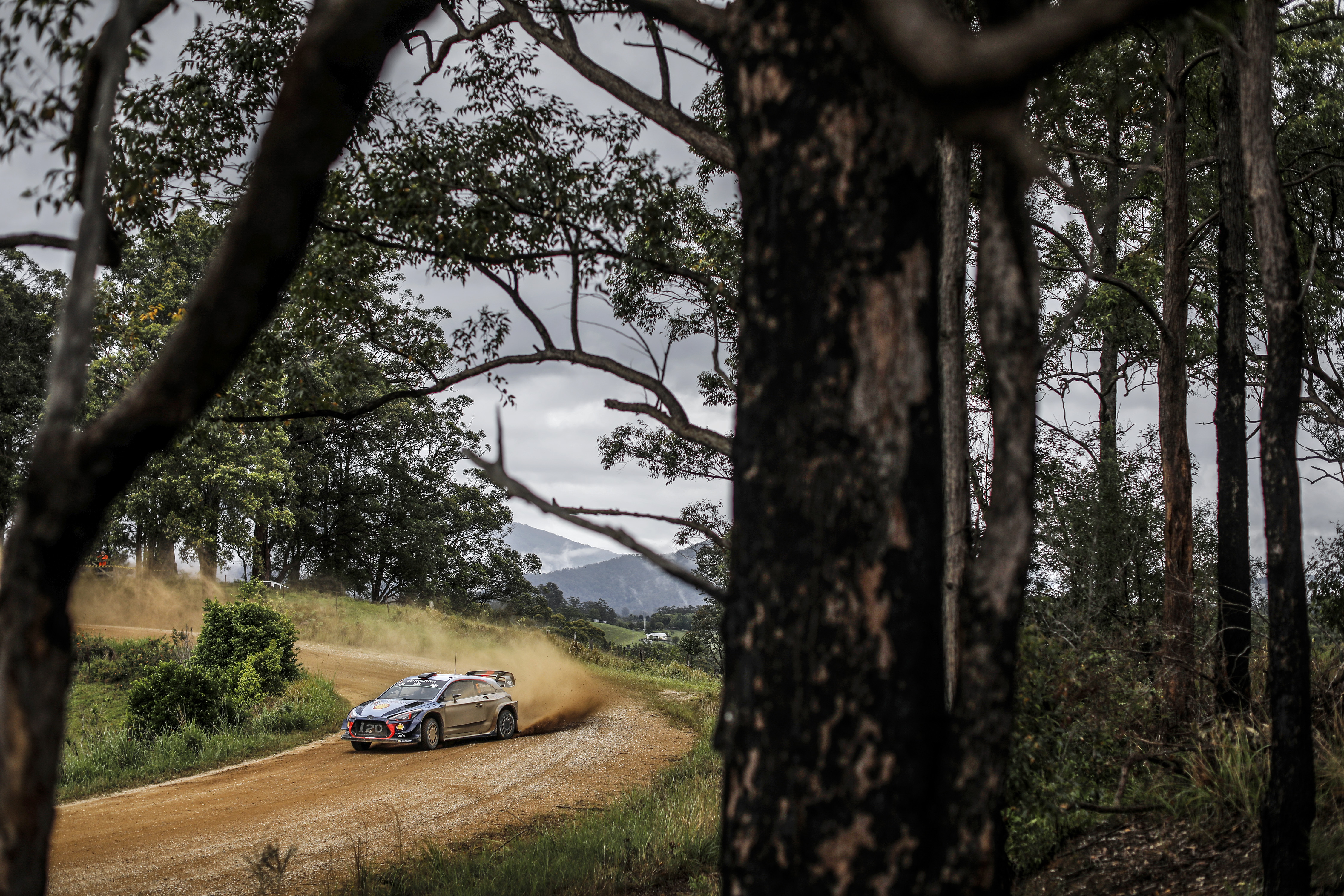