Kennards Hire Rally Australia (16-19 November) marks the climax to the 2017 FIA World Rally Championship season and, while the main WRC titles were provisionally wrapped up on the previous round in Great Britain, the battle for second position between Thierry Neuville and Ott Tänak is sure to be intense. Over 12 rounds, seven different winners have stood on the top step of the podium and Rally Australia could yet see another victor, especially from among those crews starting further down the running order and potentially benefitting from an advantageous road position on Friday. Flat-out is sure to be the approach Down Under.

Australia has hosted its round of the Championship since 1989 and between then and 2006 its home was in the west coast city of Perth. The event moved to the east and New South Wales in 2009 and two years later relocated to its current base in Coffs Harbour, mid-way between Sydney and Brisbane.

The event offers a real mix of twisty forest tracks, flowing shire roads and stages in the rainforests, which create a tricky strobe lighting effect caused by low morning and afternoon sun flickering through the trees. The dusty gravel tracks are also notoriously tough for the front-runners who are forced to sweep their way through the loose surface, providing a cleaner racing line for those behind.

In a change to the itinerary, Friday takes the crews north of Coffs Harbour for two loops of three stages, all of which have been used in different configurations previously. The day rounds off with two blasts around the super special stage set up around the harbourside. The highlight of Saturday is the 48.89 kilometre Nambucca test that kicks off the day’s action. In the afternoon the stage is split into two – Welshs Creek and Argents Hill – and with a short raceway stage and another two runs around the Coffs jetty stage, the day is the longest of the event. Three stages to the north of Coffs, two run twice, round off the competition on Sunday.

Three stages will be broadcast live; SS13 on Saturday and Sunday’s two runs through Wedding Bells, the second counting as the all-important Power Stage.

“The statistics from the season so far really underline the success of the Championship and the new technical regulations,” said Jarmo Mahonen, FIA Rally Director. “All four manufacturers have won at least two events, seven different crews have stood on the top step of the podium and three of those had never taken a win in the WRC before. It has been incredible and the challenge of Rally Australia could deliver yet more.”

RALLY AUSTRALIA TIMETABLE AND MEDIA OPPORTUNITIES ORGANISED BY THE FIA 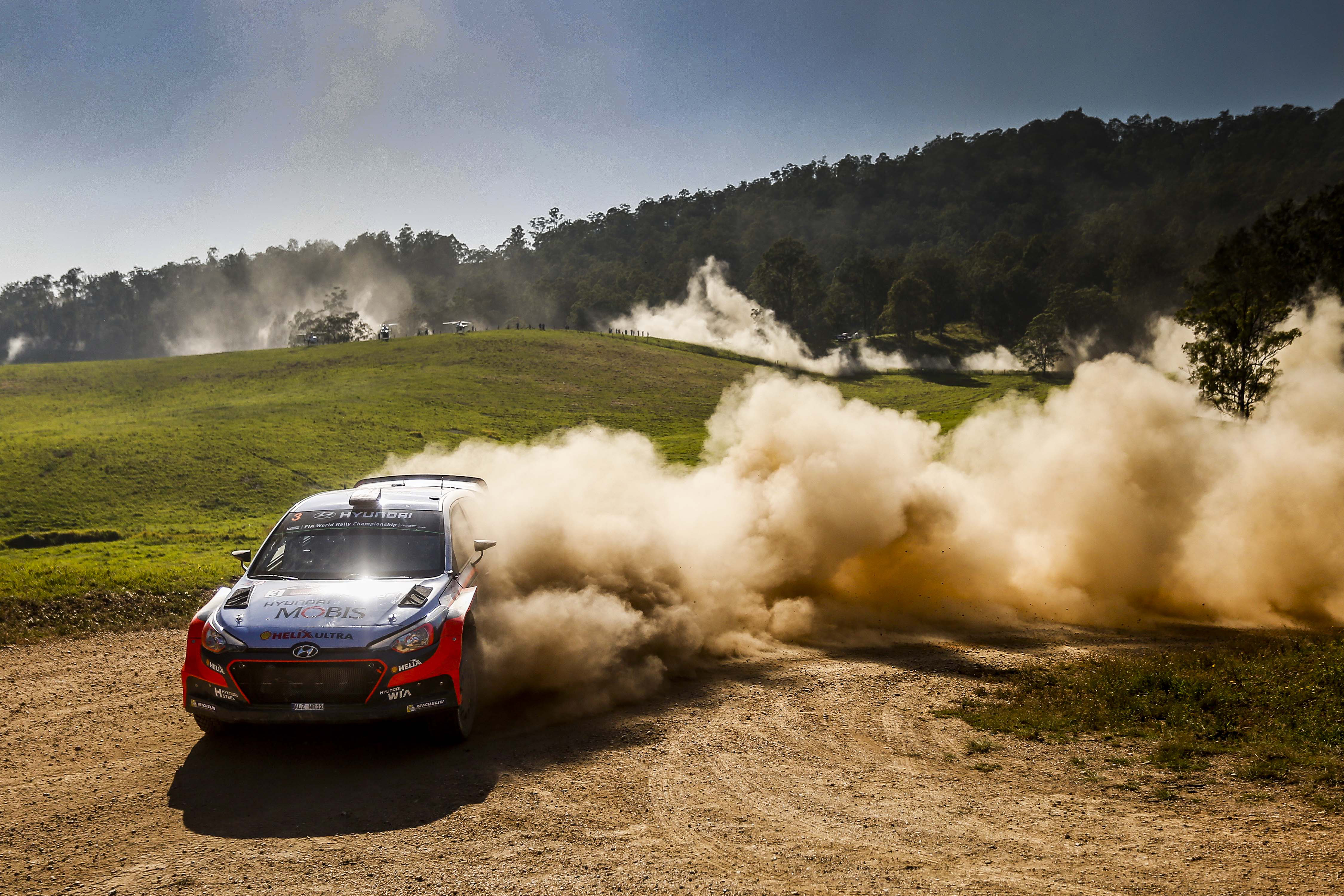