The M-Sport World Rally Team made history today by scooping two FIA World Rally Championship titles* and the overall rally victory to claim a hat-trick celebration at the end of Wales Rally GB. Elfyn Evans and Daniel Barritt became the first Britons to win Rally GB since Richard Burns in 2000, and Evans is the first Welshman to win the event in its WRC history. Team-mates Sébastien Ogier and Julien Ingrassia also claimed an impressive fifth world title by just one tenth of a second in the Fiesta WRC for M-Sport, the team also clinching the FIA World Rally Championship for Manufacturers ahead of three of the world’s largest car manufacturers.

The 2017 FIA World Rally Championship season has seen some of the closest competition in years. With the debut of the new world rally cars, a new manufacturer entering and drivers swapping teams, no fewer than seven different winners have stood on the top step of the podium over 12 events. Remarkably, Evans also joins Ott Tänak and Esapekka Lappi as one of three rookie WRC winners over the course of the campaign. For M-Sport, its title victory has come from having at least one car on the podium on every event so far this season and the British-based team has made history by winning its first manufacturers’ title – notwithstanding victories with Ford in 2006 and 2007 – and first-ever  drivers’ crown.

Evans had a comfortable advantage going into the closing five stages and 41.17 competitive kilometres, but on Rally GB nothing is taken for granted over the fast, wet and muddy Welsh forestry stages. The Welshman pushed on, maintaining his weekend-long dominant performance to claim a maiden WRC victory on home soil and become only the fourth British driver – alongside Roger Clark, Colin McRae and Richard Burns – to win their home round of the Championship.

Behind Evans and his 37.3-second winning margin, the fight for second and the Championship title was one of the closest and most intense of the season, with second to fifth positions split by just 12.9 seconds. Thierry Neuville managed to overhaul Ogier in the day’s opener, keeping his title bid alive in second position but also looking behind at the battle for fourth between Jari-Matti Latvala and team-mate Andreas Mikkelsen, who had the potential to help his bid for a maiden title. While both were closing on third-placed Ogier, the pair ran out of kilometres to pass the Frenchman and potentially influence the outcome. Ogier’s third position, coupled with two points in the closing Power Stage, was enough to stop the fight going to the final round in Australia. Astoundingly, he and co-driver Julien Ingrassia won their fifth FIA World Rally Championship titles by just one tenth of second with fourth position in the Power Stage.

Mikkelsen managed to overhaul Latvala in the penultimate stage when the Finnish Toyota driver struggled for grip, but the pair continued their battle to the finish line and ended the rally split by only five-tenths of a second. Having dropped down the order in the fog last night, Ott Tänak finished sixth and Britain’s Kris Meeke was seventh, a further 18.2 seconds adrift, the Ulsterman enjoying a good run in the C3 WRC. Hayden Paddon, Esapekka Lappi and Dani Sordo rounded off the top 10.

In the FIA WRC 2 Championship category, Pontus Tidemand provisionally wrapped up the title in Germany earlier in the season. He took another win – his fifth of the season – and finished nearly two minutes ahead of France’s Eric Camilli. WRC 3 was won by runaway leader Raphaël Astier.

The FIA World Rally Championship draws to its close in three weeks’ time as the contenders head down under for Rally Australia (16-19 November).

* Subject to the official publication of the results by the FIA 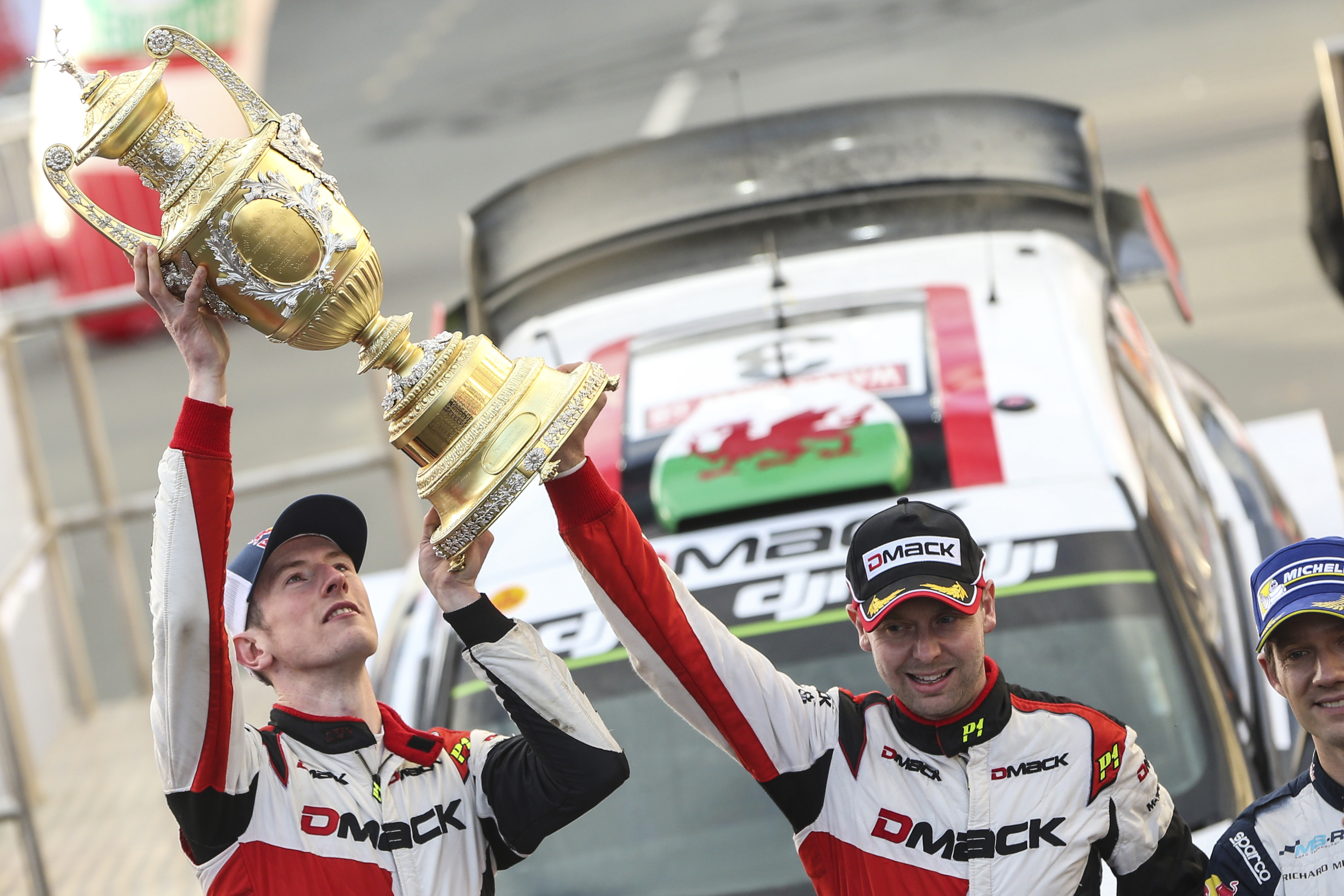