WRC – Evans Powers Ahead; Neuville On a charge

WRC – Evans Powers Ahead; Neuville On a charge

Elfyn Evans has driven supremely over Saturday’s first group of stages on Wales Rally GB, the Welshman claiming five stage wins from seven tests run to the southwest of the rally base in Deeside. He now has an impressive 46.3 second advantage over Thierry Neuville, the Belgian catapulting himself from fourth to second and, importantly, ahead of Championship rivals Ott Tänak and Sébastien Ogier who hold third and fourth respectively.

Today’s route is marathon and takes in nine stages and 142.38 competitive kilometres with the crews out on the road for over 16 hours. Evans has been totally in the sweet spot in his Fiesta WRC and immediately set about extending his overnight advantage of nearly 25 seconds first thing this morning. The Welshman won five consecutive stages to double his advantage before missing out on a clean sweep of victories when Neuville clocked the fastest time in SS13 as Evans struggled for grip. After making some overnight changes to the centre differential, Neuville has felt more comfortable and started to reel in Ogier and then Tänak. He overhauled the reigning World Champion after three stages and then snatched second position from Tänak in the following one as both M-Sport drivers struggled to match the pace. Determined to continue fighting for a maiden world title, Neuville needs to keep ahead of his rivals – at minimum – despite being aware the Championship permutations are currently swinging in Ogier’s favour. Neuville also won the last spectator stage in the group before heading back to service. Ogier, and team-mate Tänak, are both bemused by a lack of speed and having to fight hard as the battle for second position plays out between a handful of drivers.

Behind the top four, Andreas Mikkelsen is enjoying a perfect set-up on his i20 Coupe WRC today and the Norwegian has moved from seventh to fifth and is also potentially in the fight for second, as is sixth-placed Jari-Matti Latvala. The rivals have been dicing hard but Mikkelsen overhauled the Finn after the third stage and takes an 8.2 second advantage into the last two night stages. Kris Meeke climbed into fifth after the first stage but then lost two positions when he clipped a straw bail in SS11 and lost 10 seconds. He is seventh with a comfortable advantage over Hayden Paddon. The Kiwi driver and team-mate Dani Sordo are eighth and ninth, and after Toyota’s Juho Hänninen broke the suspension in SS14, team-mate Esapekka Lappi has moved into 10th.

The FIA WRC 2 Championship continues to be led convincingly by Pontus Tidemand in a Škoda R5. The Swede has nearly a minute in hand to Tom Cave after winning five of the seven stages. Raphaël Astier tops the two-wheel drive WRC 3 category. 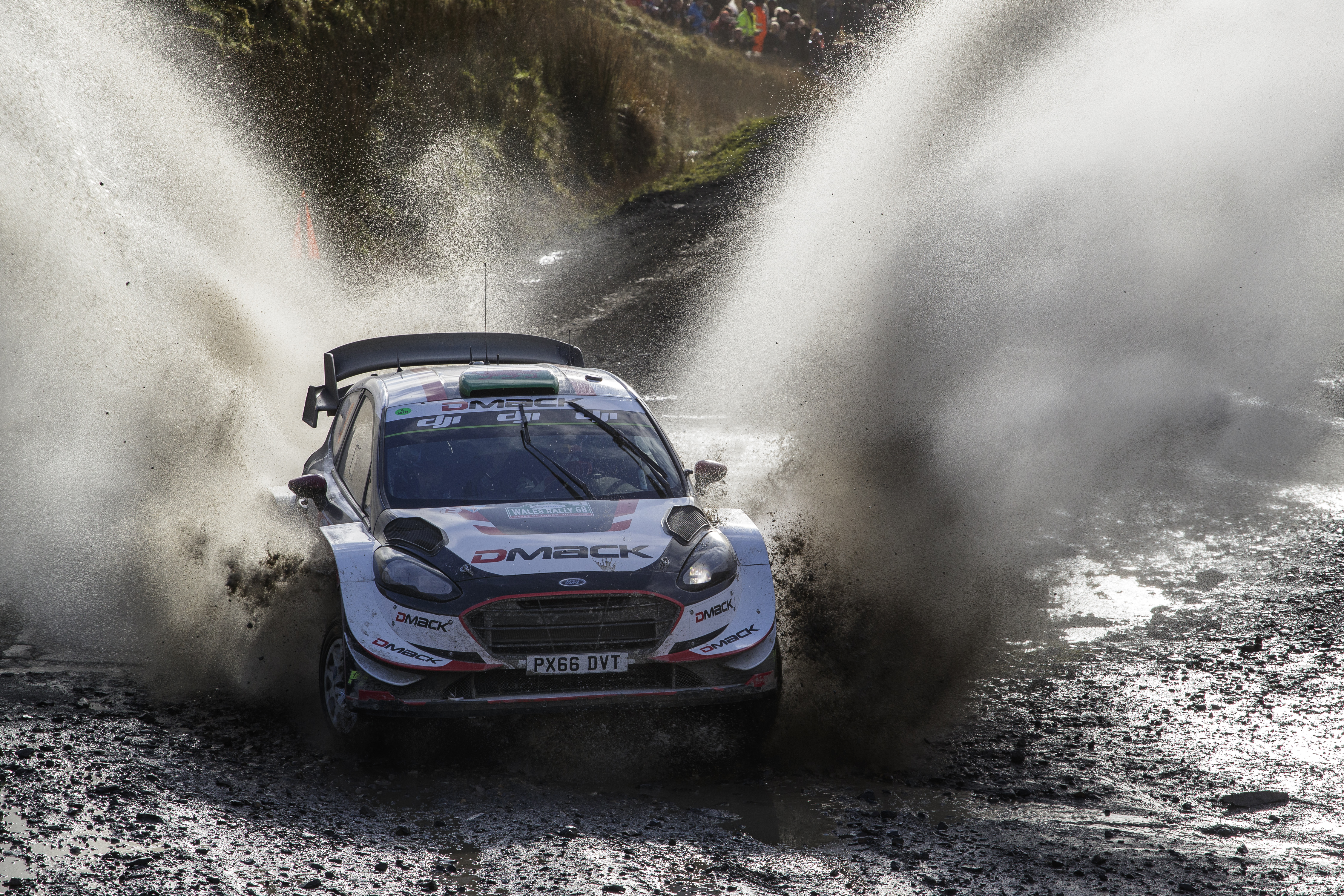