“Disc Brakes Australia has always been popular in the Subaru community for building great brake rotors. But we really wanted to show the capabilities of our rotors in the most demanding motorsport we could think of” said Yoni Kellman, Sales and Marketing Manager DBA USA.

Vermont SportsCar began working with DBA USA earlier this season to develop and test brake rotors for the team’s stage rally cars. The DBA USA rotors were first utilized at the Oregon Trail Rally last month, where SRTUSA took a 1-2 finish, with Pastrana edging out Higgins by just 10.5 seconds. Higgins and Pastrana renew their friendly rivalry at this weekend’s Olympus Rally, in Washington, May 13-14.

With four decades of manufacturing experience and unsurpassed knowledge through research and development, Disc Brakes Australia has positioned itself as Australia’s most awarded manufacturer and a global leader in brake rotor manufacturing.. DBA sets the bar in quality, tolerances, premium metals and manufacturing equipment that delivers premium quality disc brake rotors. For more about DBA visit www.dbausa.com. 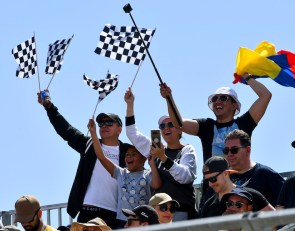 RACER Research: are you a champion of motorsports? 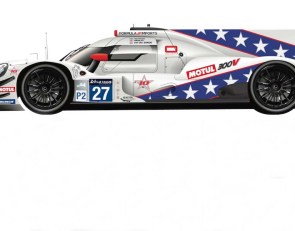 Omologato and DragonSpeed to offer 'raced' watches from Le Mans