2016 was a very special year for me as I was able to compete in races I had always dreamed about. My season actually started back in September of 2015 at Mazda Raceway Laguna Seca, where I won the 2015 Indy Lights championship along with a $1,000,000 scholarship from Mazda to move up to the Verizon IndyCar Series.

The scholarship included three races in IndyCar, with one of them being the 100th running of the Indianapolis 500, the one race I’ve wanted to be part of since I started racing. Before my IndyCar career got started in March, I was asked to be a part of the Rolex 24 Hours at Daytona in the Mazda Prototype. Everything in sports car racing was new to me, but the car is a blast to drive and the racing is super intense. Being in the top class you’re always passing a slower car, there’s never a dull lap!

From there, I completed my first ever weekend in IndyCar and my first 12 Hours of Sebring with Mazda. My season in IndyCar was very unique. I did my first three races with Rahal Letterman Lanigan Racing. Those were the Grand Prix of St. Petersburg, Angies’ List Grand Prix of Indianapolis and the Indy 500. We had a few good races, including coming from 18th to 11th at the Indy GP. 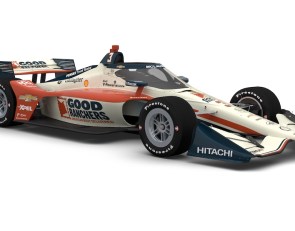