FE: $1m on the line for sim racing showdown in Vegas

FE: $1m on the line for sim racing showdown in Vegas

Formula E is expanding its efforts to promote its al-electric competition differently than traditional motorsports with its “eSports” program including sim racers and and FE drivers, with a million dollars on the line, including $200,000 to the winners, for the Visa Vegas eRace, to be staged at the CES show in Las Vegas on Jan. 7.

Following a lottery draw, the 10 sim racers who have qualified for the event were each assigned to a Formula E  team. Graham Carroll, who ended the “Road to Vegas Challenge” organized by Cloud Sport at the top of the points standings, is representing DS Virgin Racing, while Greger Huttu – considered the most successful sim racer of all-time – has been paired with Panasonic Jaguar Racing.

Alejandro Agag, founder and CEO of Formula E, said: “I’d like to officially welcome the sim racers who qualified through the Road to Vegas Challenge to participate in the inaugural Visa Vegas eRace. I’ve been following the progress of the sim racers throughout the qualification process, and I can’t wait to see them on the same track as the rest of the Formula E grid.

“Accessibility and fan engagement are two of the key cornerstones of Formula E, and what better way to promote this than getting the world’s best sim racers to compete in the same colors as their Formula E counterparts – it will be fascinating to see who comes out on top!”

66 Daniel Abt, ABT Schaeffler Audi Sport 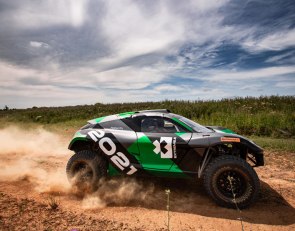