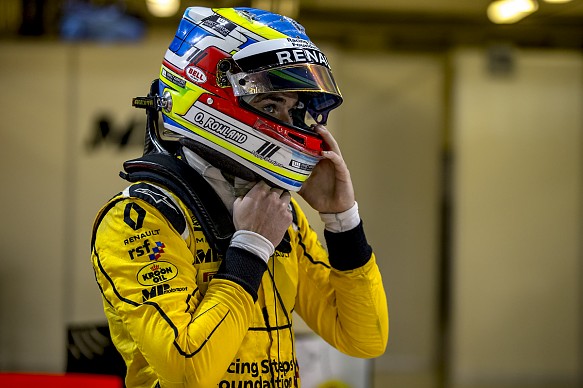 Renault Formula 1 junior Oliver Rowland will line up with the DAMS team for the first GP2 post-season test day at Abu Dhabi.

The British driver ran with MP Motorsport in 2016, finishing ninth in the standings, but is set to switch to the team that ran Jolyon Palmer, Romain Grosjean and Davide Valsechhi to GP2 crowns.

Rowland will test alongside team regular Nicholas Latifi on Wednesday.

Runner-up in the 2016 series with Prema Racing, Antonio Giovinazzi will test with Arden International with Sean Gelael, both having worked together in lower formulae.

Raffaele Marciello moves from Russian Time to Trident for the opening test, with Luca Ghiotto to drive for Rapax.

Carlin will run an all-new line-up, with newcomers Mahaveer Raghunathan and Felix Serralles, while Campos will be represented by Egor Orudzhev and Alex Palou joining.