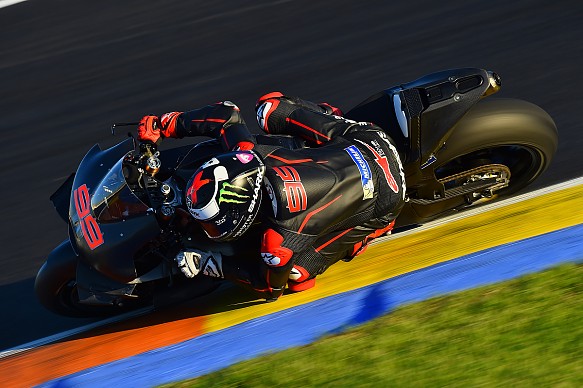 Ducati has a clear idea on how to improve its MotoGP bike for new rider Jorge Lorenzo after his first test, general manager Gigi Dall’Igna believes.

Less than 36 hours after winning his final race for Yamaha, 2017 recruit Lorenzo started testing with Ducati at Valencia last Tuesday morning. The two-day test is Lorenzo’s only running with Ducati before pre-season sessions start at the end of January in Malaysia, as he is still contracted to Yamaha until December 31.

Lorenzo was third fastest on Tuesday on the 2016 bike, and eighth on Wednesday when he tried Ducati’s ’17 challenger, completing 126 laps across the two days.

“I have a clear idea of what he needs, and I hope that I can give him something in the next test,” Dall’Igna said. “I’m quite happy about the impression he has with the bike.

“Starting from the beginning he found out some good points on the bike and some worse points in comparison with his usual bike.

“[On Tuesday] we worked all of the time with the ’16 bike and [on Wednesday] we made a comparison between the new and the old bike and we did also some tests with some different material.

“I’m quite happy about his impression. For sure the lap time could be better, but if we want a better lap time we have to work in a different way. 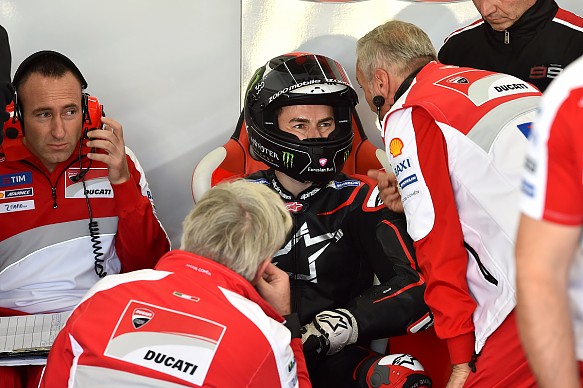 “We didn’t work for the proper set-up for him, but we selected a lot of materials and I’m quite happy about that.”

Incumbent Andrea Dovizioso’s program was largely based on the 2017 bike, which Michele Pirro will test at Jerez this week in the absence of the race riders.

“We have to improve the turning of the bike, like we know, and we are working for that with the 2017 bike,” Dall’Igna added. “And also the first touch of the throttle is a worse point, and we have to improve that. Jorge’s a champion, he has a lot of experience, so I’m really happy to work with him. His impression on the bike and the set-up and everything is for sure clear.

“We spent only two days with him, but we have to learn more about each other during the next tests at Sepang and Phillip Island and Qatar.” 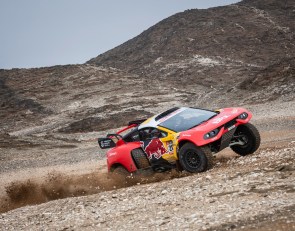