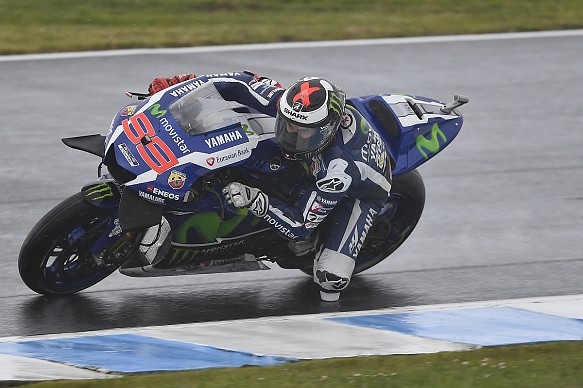 Third MotoGP practice for the Australian Grand Prix on Saturday morning will be extended by 15 minutes, after Friday’s washout at Phillip Island.

Track activity on Friday was compromised by heavy rain, which ultimately led to second MotoGP practice being abandoned within 15 minutes and the following Moto2 session canceled altogether.

Running on Saturday morning will start one hour earlier, with a regular Moto3 session before MotoGP FP3, which has been increased by 15 minutes to 60 minutes. Final Moto2 practice has also been extended to one hour to offset Friday’s loss, while the remainder of the Saturday program is unaffected.

Yamaha pair Jorge Lorenzo and Valentino Rossi will be hoping for improved conditions in the extended third practice, to move up from 19th and 20th in the combined classification and avoid having to contest the first phase of qualifying.

Lorenzo was 19th having taken a cautious approach in wet conditions, which he has struggled with this season, while Rossi was second fastest but demoted for a tire infringement.

LCR Honda’s Cal Crutchlow led the way in practice, and backed the call to finish the day’s running early.