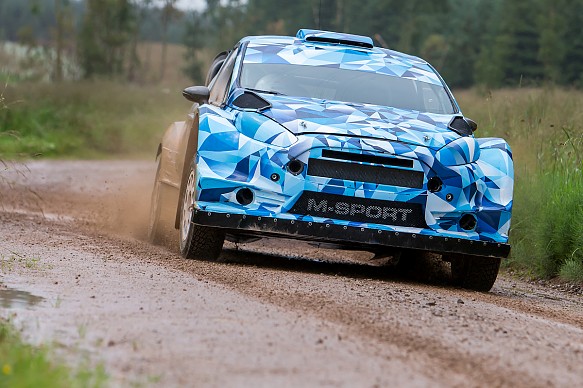 Ott Tanak said the pace of M-Sport’s design for the 2017 World Rally Championship has taken him by surprise.

The Estonian drove the latest specification of the prototype 2017 Ford Fiesta RS WRC – based on the all-new road-going chassis – complete with its more comprehensive aerodynamic package in Spain earlier this month.

“This is a big step,” said Tanak. “I can honestly say this is a very special car.

“It’s so nice, there’s so much potential – when I have been testing the car, it’s a bit like coming back to the Group N car when I am getting in the current [World Rally Car]. The aero is incredible and more than was expecting, more than I have felt before.

“Of course we are getting some downforce from these [2016] cars, but when you get to a certain speed with the new one you can really feel the thing being pushed down into the ground. It’s amazing.”

Team principal Malcolm Wilson added: “We’ve seen this car coming together and it’s really satisfying to see it running now. We’re delighted with the results we’ve had coming back from the guys.”

M-Sport’s test schedule takes it to Finland, Spain, France and Sweden in the next six weeks.