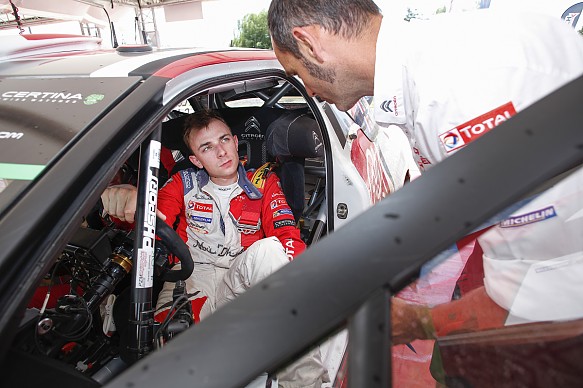 Citroen’s Stephane Lefebvre has been confirmed fit to make his World Rally Championship return for Rally GB, two months after the Germany crash that hospitalized him and co-driver Gabin Moreau.

Lefebvre will be co-driven by Gilles de Turckheim while Moreau continues his recovery. The pair completed the recce for last week’s Rally Catalunya in an effort to get to know each other better.

“I’m happy to be back behind the wheel of a WRC,” said Lefebvre, who was announced as a 2017 Citroen driver alongside Kris Meeke and Craig Breen during his absence. “It’s an important weekend, both in terms of finding my speed again and acquiring experience for 2017.

“I feel ready to drive at 100%, on a rally that I really like. My last two outings here were in four-wheel drive cars and I was quick despite the difficult conditions. I remember driving on my first gravel stage, at night and in the rain – and I enjoyed it.”

Lefebvre and Moreau were hurt when they plowed into a tree at 103mph during the German event in August (pictured). 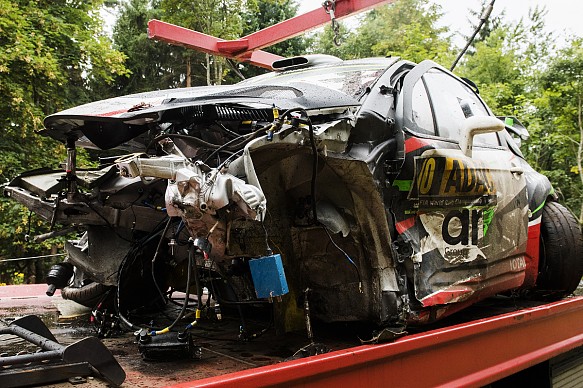 “I have some bearings from having competed here three times before,” said Gilbert, who has been competing in WRC2 this season. “I have also been lucky enough to drive a World Rally Car in the French Championship. I know what to expect in terms of power, braking and handling.

“As regards my objectives for the weekend, I know that I can’t compete with the drivers who have been racing in the WRC all season. The most important thing for me is to improve on the stages as the rally progresses to reduce the gap to the leaders by the end.”

The four-car entry for Meeke, Breen, Lefebvre and Gilbert in Wales will be the swansong for the Citroen DS3 WRC as PH Sport’s partial 2016 program does not include November’s season finale in Australia.