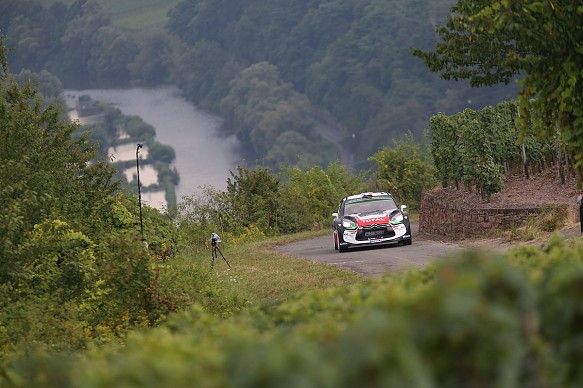 Rally officials released a statement on Saturday afternoon following the Citroen crew’s accident on the first running of the long Panzerplatte stage.

“The driver and co-driver of car #10 were taken to hospital and examined after their accident in SS10,” said the statement. “The examinations revealed fractures and internal injuries, so they will need to stay for residential treatment.

“According to the doctors, their injuries are not life threatening.”

It is understood the PH Sport-run DS 3 WRC hit a tree at very high speed on the Panzerplatte test. Sources report Lefebvre was airlifted to hospital first while Moreau was extricated from the car. Crews following the Frenchmen into the stage reported significant damage to the car at the scene.

The stage was neutralized for the competitors after Lefebvre, with the rest of the field rerouted back to service in Trier. The stage is expected to run as planned during the afternoon.

Lefebvre had been running in sixth place prior to the crash.