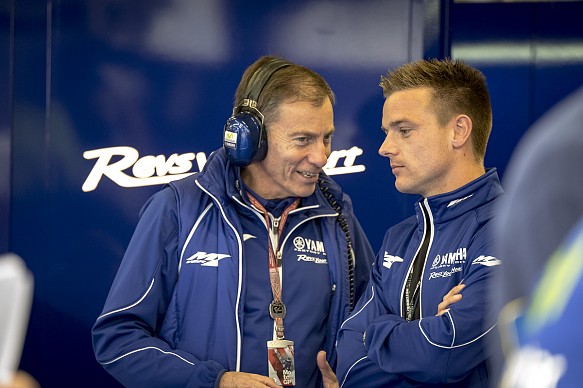 Twin brother of Moto2 race winner and 2017 Aprilia MotoGP rider Sam Lowes, the 25-year-old won last month’s Suzuka 8 Hours on a Yamaha with Pol Espargaro and Katsuyuki Nakasuga. In what Yamaha says is “an expression of gratitude for his superb endurance performance,” Lowes will test Espargaro’s Tech3 bike at Brno.

“I’m really looking forward to Monday’s test on the YZR-M1,” the British rider said. “I’m very thankful to Yamaha for providing me the opportunity, and to Herve Poncharal and the Monster Yamaha Tech3 team for making it possible.

“Brno is a fantastic circuit and it will be good to work with Pol again, from inside his own garage this time. It’s been a good month already with the Suzuka victory and a really positive test this week on the World Superbike.

“Yamaha giving me the chance to try one of the best MotoGP bikes in the world will be a great experience for me as a rider and really is the icing on the cake.”

Lowes is in his third season in World Superbikes and his first on a Yamaha, currently 11th in the 2016 points.