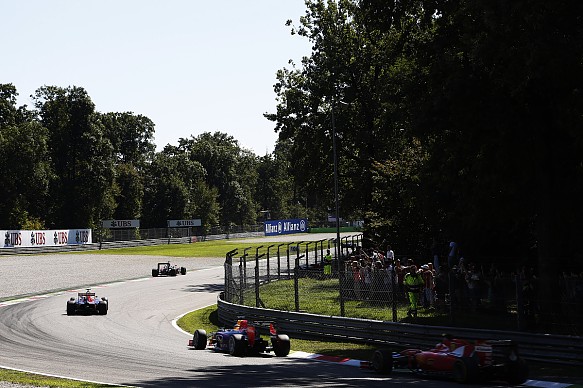 Pirelli’s super-soft Formula 1 tires will be used at Monza for the first time in September’s Italian Grand Prix.

The tire supplier has chosen the super-soft, soft and medium compounds for the race, the ninth time this combination will be used this season. The soft and medium rubber was used in Italy in 2015, and both must be used again at some stage during this year’s race.

Pirelli has nominated one set of the super-soft tire to be used in the final part of qualifying. Teams will be free to choose the remaining 10 sets, making up 13 in total, for use during the weekend.

Tire nominations for European races have to be made eight weeks in advance, whereas the deadline is 14 weeks for long-haul grands prix.