Manufacturer Faraday Future will enter Formula E in the 2016-’17 season via a technical partnership with Dragon Racing.

The U.S.-based automotive company was founded in 2014, has backing from China and showcased its single-seater FFZERO1 concept car in January this year. Earlier this month it announced ex-Ferrari Formula 1 team principal Marco Mattiacci as its global chief brand & commercial officer.

As part of the tie-up Dragon, which finished second in the inaugural FE teams’ championship, will be renamed Faraday Future Dragon Racing. Its inaugural powertrain will be badged the Penske 701-EV.

More details of the partnership, which brings a U.S. manufacturer into FE for the first time, are expected later on Friday in the build-up to the FE season finale in Battersea Park.

Faraday Future first became involved in FE by sponsoring April’s race in Long Beach, which is close to the company’s California headquarters.

The Faraday Future news comes as part of the FIA’s confirmation of the 10 FE entries for the 2016-’17 campaign.

Following the sale of its entry to Shanghai-based China Media Capital, Team Aguri will be replaced by the Techeetah entry in season three. 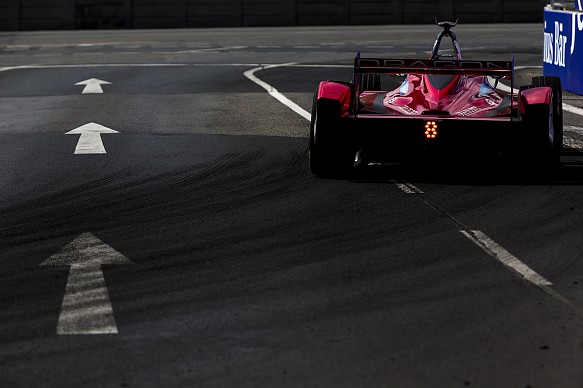