F1: Palmer can prove himself against Magnussen

F1: Palmer can prove himself against Magnussen 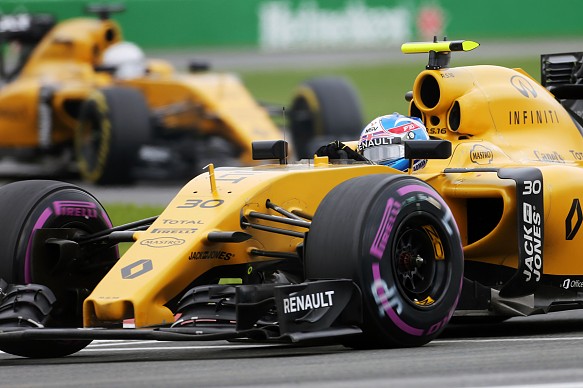 Jolyon Palmer believes he can still make a good impression in Formula 1 by getting on terms with Kevin Magnussen even though Renault’s 2016 season looks set to be a write-off.

The two Renaults were slowest of all in qualifying in Baku a fortnight ago and have generally been fighting just to get beyond Q1, the lateness with which Renault’s deal to reacquire Lotus was completed having compromised this year’s campaign.

With no certainty of a 2017 seat, Palmer acknowledges his best bet with Renault struggling is to improve his form relative to teammate Kevin Magnussen, who has taken the team’s only points so far and only been outqualified by Palmer once in a straight fight.

“I can still impress because I’m against a teammate who’s been on the podium,” said the 2014 GP2 champion. “He’s got a year’s experience racing in F1, so I need to show what I can do against Kev.”

“He’s coming on, he’s getting more confidence, he’s working hard and understanding the car better,” Chester told Autosport. “We can see steady improvement from Jolyon. He’s getting his head around how to manage tires, look after his switches, so he’s getting there.”

Palmer is also refusing to give up hope of Renault gaining ground during 2016.

“It’s not a write-off for the team because the guys are still working on this year’s car, on everything,” he said. “Some of the focus is on next year, but at the moment we’re still pushing on new things for this year.

“We’ve got new stuff coming. There are still opportunities even though we’re at the back.”