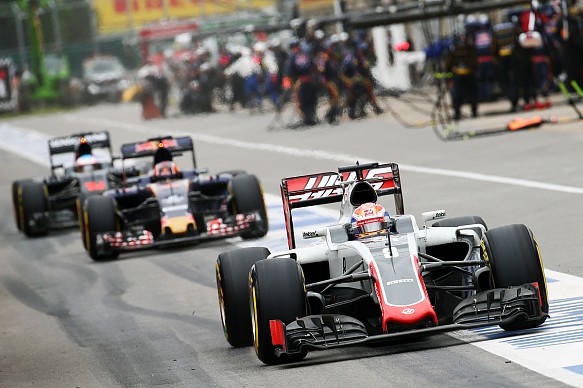 A breakage in Canada followed similar problems in pre-season testing and the Bahrain and Spanish Grands Prix, with the latter traced back to a manufacturing error rather than a design flaw.

Steiner says Haas “takes responsibility” for the failures but accepts Dallara does not have experience of building current spec F1 chassis.

“Dallara doesn’t take the decision on how and who is making it, that is still Haas F1,” he said. “What is difficult to understand is how high the standard of F1 is with all the parts, compared to in GP2 and IndyCar. It’s a big gap in between. There are only 10 companies that know how to do it and they are the 10 Formula 1 teams. What we will bring to Dallara is to get to that standard and it is our responsibility to take them there.

“I would not see this as a negative to Dallara, you cannot know what you don’t know, so we have to bring it to them with our own people. Even this year we made already big steps, both in terms of weight and quality of parts. But next year we need to be where the other teams are and we will be.”

Steiner says Haas does not regret the decision to use an outside supplier for the chassis.

“You learn a lot as well on how to make parts more cost efficiently because they [Dallara] do it for production cars,” he said. “So you need to find the balance, and some you lose and some you win, but at the end I think it is a gain for both companies.

“If we had done it all ourselves, on our own with our own composite factory, it wouldn’t have been any better.”