Josef Newgarden knows that IndyCar’s next event on the Iowa oval will be a tougher test of the arm he injured at Texas than last weekend’s race at Road America.

Newgarden raced two weeks after sustaining shoulder and wrist injuries at Texas Motor Speedway, having gained clearance to compete after lapping in practice. He moved from 20th to eighth during the race, believing he “had a podium car if I could have qualified it properly.” 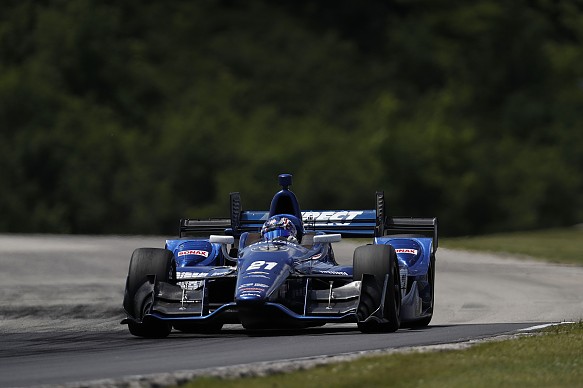 “The hand hurt a lot,” Newgarden said. “I was struggling to hold onto the wheel at the end there on the [soft tires].

“The collarbone was really good. I think my clavicle is not going to be too big of a problem. I just have to get my hand sorted for Iowa.

“I’ll be in ice and in bed. I’m probably going to a therapist to see what else I can do to get it ready to go in two weeks at Iowa. That place is going to be harder than here.”

Team boss Ed Carpenter had placed JR Hildebrand on standby but praised Newgarden’s efforts to get through the weekend and move from seventh to fifth in the championship.

“Days like today show what you are made of. Finishing eighth with what could have been missing a race in a lot of ways is like a win when it comes to the championships. I’m proud of him for the whole team.”