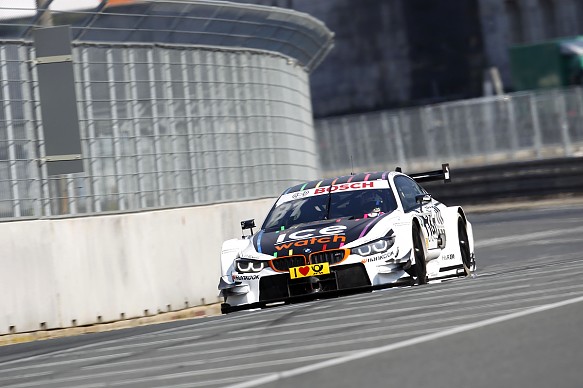 Ekstrom collided with Christian Vietoris and Robert Wickens while battling for the lead of Saturday’s opening race of the weekend, with the Audi Abt Sportsline handed a penalty by the stewards for race two.

While Ekstrom pulled out his best and was unbeatable in the session, Blomqvist was able to crack the rest of the Mercedes and Audi dominance in the closely contested 20-minute session at the Norisring to become the eighth different polesitter of the season. His lap of 47.820 seconds was good enough for second before the application of Ekstrom’s penalty, with Paul di Resta joining Blomqvist on the front row after qualifying in third.

Wickens and Adrien Tambay were next up, with race one winner Edoardo Mortara and Marco Wittmann rounding out the top 10 in qualifying.

Gary Paffett was 18th, although the Briton’s sessions was brought to an early end after contact with the Turn 5 wall.