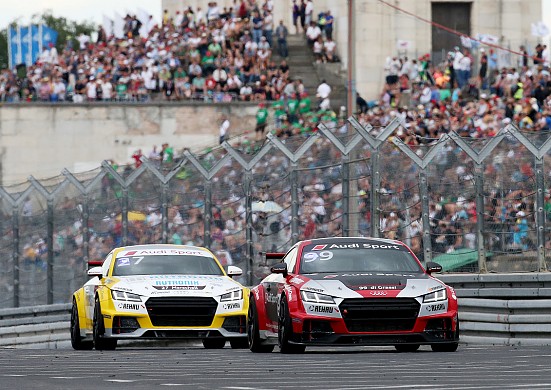 Di Grassi entered his WEC employer’s one-make series in one of the guest cars it fields at each round. Having qualified fourth, a tenth and a half off pole, the Brazilian worked his way forward to finish just half a second behind winner Dennis Marschall in Saturday’s opening race.

On Sunday di Grassi progressed from an early fifth place to battle with Marschall for the lead going into the race’s final third.

He managed to break clear and win by 2.698 seconds, as Joonas Lappalainen and Emil Lindholm demoted Marschall to fourth in a tough podium fight that ran to the finish.

Di Grassi’s TT Cup outing filled the gap between the Le Mans 24 Hours, in which he was part of the Audi crew that finished third, and next weekend’s Formula E title showdown in London. He goes into the Battersea Park double-header one point ahead of championship rival Sebastien Buemi.