F1: Manor chief Ryan 'not up to speed' yet

F1: Manor chief Ryan 'not up to speed' yet 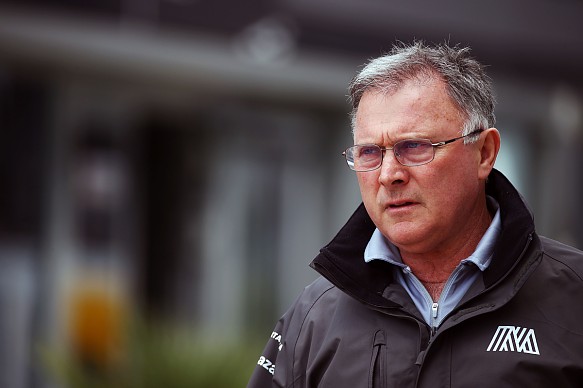 Manor racing director Dave Ryan concedes he is “still not up to speed” on his return to Formula 1 this season.

After seven years away from F1 following his split with McLaren early in 2009, Ryan decided to take up the challenge of taking Manor forward. The team is still in the process of rebuilding after only emerging from bankruptcy 16 months ago. There was also a behind-the-scenes reshuffle toward the end of last season that resulted in the departure of key figures, including team principal John Booth and sporting director Graeme Lowdon.

Ryan concedes he is still re-learning the ropes, particularly in a back-of-the-grid situation.

“It’s taken me a few races to get my head around things and up to speed, and I’m still not up to speed. I’ll be honest about that,” he said. “The difficult thing is managing expectations, for everyone.

“The drivers are frustrated – which is understandable because it’s their career, isn’t it? So we have to do as well as we can for them.

“The team also is frustrated because we know we’re capable of more, so collectively we just have to keep plugging away and build a strong base so we know what we have got moving on to next year, but there’s a lot to do.”

Despite the car now possessing a Mercedes engine and Williams transmission, the team has still to score a point so far this season. While Ryan acknowledged the team is frustrated with the situation, he feels it needs to be put into context.

“I believe when this team started on the ’16 car there were just eight designers, which puts things in perspective,” he said. “But I think the people behind it have done a fabulous job on this car, if you take into consideration the restrictions they were working against.

“If you look at our car and some of the other cars then quite obviously there are some things that could be done differently. Given another year and some more resources, which we’ve now got, we can do that for next year, so that’s the plan.