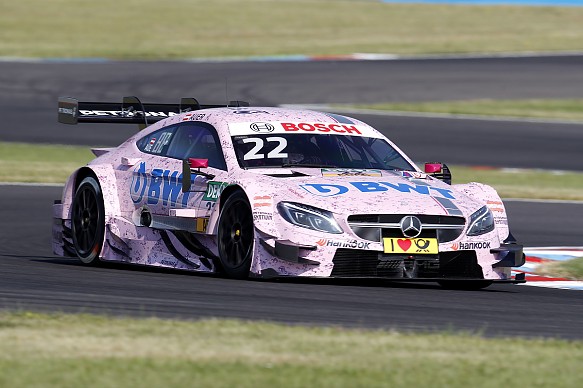 Austrian Auer held on to his lead at the start of the race and gradually pulled clear from the chasing pack.

Stopping early in the pit stop phase, Auer emerged in the lead with 20 minutes of the race remaining and, despite losing some time through a late slow zone period, eased his way to a first win, making him the 20th driver in the 24-car field to have won a DTM event.

A charging Ekstrom took second, the Swede making the most of a long first stint to emerge in clear air for a second weekend in a row.

He made a pass stick on lap 39, and with two laps remaining got the better of Robert Wickens into Turn 1 to snatch second.

Wickens held off Green for the final podium spot having defended against Green’s DRS-assisted RS5 to secure his second third-place finish of the weekend and with it the championship lead.

Nico Muller and Bruno Spengler finished eighth and ninth, while Timo Glock limped home in 10th having started from the outside of the front row.