We’re back here in the States now and it feels surreal. I felt like I was just packing my bags yesterday and here I am now unpacking. It’s nice to see familiar faces, my parents, friends and family. The weather is back to the normal 70 degrees and sunny and everyone is driving on the right side of the road! All of this feels great but I already miss the team, the tracks, the racing and the great times that I had over in Europe. Everything was so different but in a good way.

When I first arrived in the United Kingdom, my impressions were that nearly everything was much smaller, older and very beautiful. There were a lot of open fields and we arrived just as fall was rolling out. As my time went on, I got to know the Cliff Dempsey Racing team better. They were one of the best and most enjoyable teams I have run with. Their focus is not only on winning but having a good time because quite frankly, when you’re having a good time you’re more likely to win, and if you win you’d better be happy.

I spent many days at the shop trying to help out (I was probably more in the way than helping though) and really enjoyed spending time with Jack, my mechanic, and Cliff. They worked extremely hard to piece together a brand-new car for me and it ran flawlessly. Testing went well and the racing even better.

Our first race weekend at Brands Hatch for the Formula Ford Festival was great. We were consistently in the top five through testing and that pace continued on race day. I qualified fifth and raced up to fourth in my first Heat against some of the toughest competition out there. Starting fourth for my Semi Final, I was able to race up to third. This put me in eighth position for the main event, right in front of teammate Michai Stephens. After lots of battling, a red flag and hard racing, we were able to grab fifth position with my teammate finishing two spots behind in seventh. It was a great first race weekend out of the States for me. 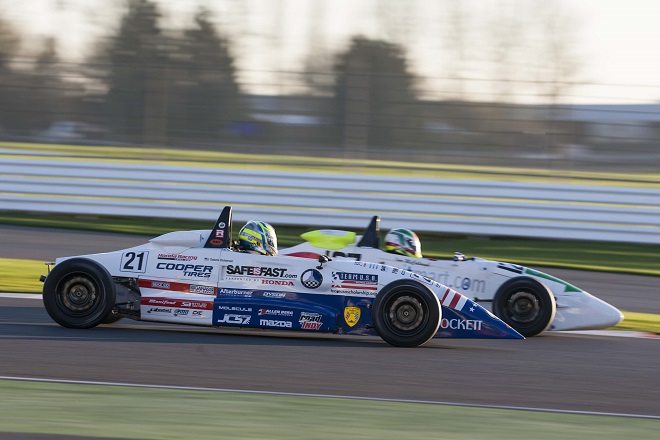 Next up was Silverstone for the Walter Hayes Trophy. This event was a little trickier for me. Both days of testing were in the wet but our first race was in the dry. I had qualified fourth on a semi-damp track and also finished fourth in my first ever session in the dry at Silverstone. Not too shabby but I had lots of work to do in the Semi Final. Our fourth place put us 10th on the grid for the start of the Semi.

I managed to get up to sixth but after heavy contact I slid back down to seventh, holding off another three cars. This set us up for a 13th grid starting position for the final event. The boys worked furiously during the hour they had in between the Semi Final and Final to get my car back into running condition. They fixed as much as they could and we finished 12th after the official results came out. We were expecting a bit of a better result but the team did an excellent job with the conditions at hand. I really can’t thank them enough for allowing me to race in my final race over in Europe.

With all of these great memories and learning experiences, I can’t wait to get back to racing here in the States. Up next is the final round of the Skip Barber Summer Series and then the Skip Barber Championship Shootout, which gives me an opportunity to run in the Cooper Tires USF2000 Championship Powered by Mazda in 2016.

Thank you to everyone who has supported me and the Team USA Scholarship as well as Jeremy Shaw for allowing me to take part in this once-in-a lifetime experience on its 25th anniversary.

All the best,
Dakota 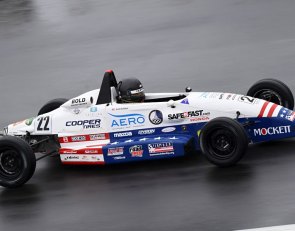 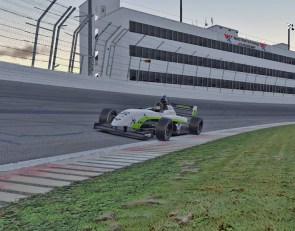 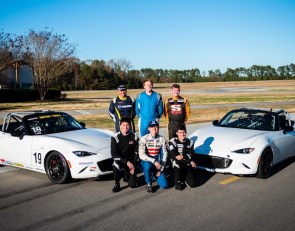