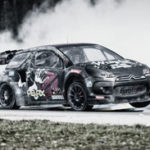 The 2003 World Rally Champion ran his car for the first time on Thursday and Friday at the Circuit de l’Ouest Parisien, close to Paris, and said it was even quicker than he had anticipated.

With Solberg only committing to the full season in February, his team has been working around the clock to get the car up and running.

“The car is amazing,” Solberg said. “When you go off the line it’s like having a rocket strapped to your a$$.

While Solberg said putting on a show for British fans was important to him, he admitted that his 2013 program retains a serious side. It is his first year away from the WRC since 1999.

“I want to win,” he said. “I don’t do anything without wanting to win. Of course, the show is important and we want to make people smile, but I’m desperate for the win as well.

“There’s going to be a lot of competition in England and we won’t know how good our car is until we get away from the grid, but it’s going to be fantastic finding out.” 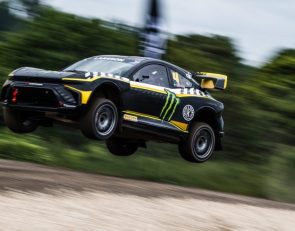