The Indiana Motorsports Commission approved preliminary plans by Hulman & Company to invest state funds on infrastructure upgrades at the Indianapolis Motor Speedway, targeted at improvements that enhance the quality of motorsport events and the fan experience at the facility.

The commission approved a resolution to adopt the IMS improvement plan, including creation of a new Motorsports Investment District for IMS, a step toward issuing bonds to fund improvements at the facility.

“We’re grateful for the support we’ve received from Hoosiers, the Indiana General Assembly and Governor Mike Pence to assist us with needed capital improvements,” said Jeff Belskus, Hulman & Company president and chief administrative officer. “We have a plan for IMS that assures the best return for taxpayers and enhances our role as an economic engine for the state.”

IMS has an annual economic impact of more than $500 million in Indiana, and the motorsports industry in Indiana supports more than 6,200 Indiana jobs that pay an average wage of $63,000, according to an Indiana University Public Policy Institute report released earlier this year.

The plan submitted to the IMC used these criteria to broadly identify the types of improvements to fund with bond proceeds over the next several years:
Focus on necessary track modifications, including:

Some components of the plan already have been implemented. Improvements to the IMS road course were pivotal to the creation of the Grand Prix of Indianapolis IndyCar Series race on May 8-10, 2014 and the retention of the Red Bull Indianapolis GP MotoGP World Championship race Aug. 8-10, 2014 — two events with significant economic impact for Indiana.

“We’ll complete our master plan next spring, but the first upgrades, which complement our new Month of May, are already underway,” Belskus said. “We just completed paving the newly modified road course that will host the inaugural Grand Prix of Indianapolis on May 10 and be used by MotoGP competitors in August. Our fans also will see a new Scoring Pylon and new video screens next spring. And that’s just the beginning.”

Additional plans for IMS development and enhancement beyond the funding managed by the Indiana Motorsports Commission also will be included in the master plan to be released in spring 2014.

“We started with ideas for improvements that totaled hundreds of millions of dollars, and we’ve reduced our list to a list of potential projects with total spending of about $140 million,” Belskus said. “Now we have some difficult decisions ahead to pare the list further before we ask the commission for its approval.”

The plan does not include installing lights on the 2.5-mile IMS oval for night races. Economic studies showed this $20 million investment did not provide the best return for taxpayers. Instead, capital improvements in fan experience and track modifications will make IMS a more attractive venue with higher quality racing events. IMS will aim to continue to put a top priority on investments that grow ticket sales and protect revenue from existing events.

“Improving the quality of racing will grow ticket sales,” Belskus said. “For example, adding an apron to the track would improve the passing opportunities during the Kroger Super Weekend at the Brickyard.”

The apron only will be used for NASCAR racing and will cost less than $1 million. The estimated cost for lights is $20 million.

Speedway officials, working with a planning team led by Michael Browning, of Browning Investments, and including such partners as CSO Architects, Shrewsberry & Associates, Browning Day Mullins Dierdorff and Populous, are working on a master planning process and have identified nearly $140 million in potential capital improvements.

The bond issue authorized by House Enrolled Act 1544 and signed into law earlier this year will generate about $90 million to fund improvements at IMS. The bonds will be repaid through credits equal to incremental state sales and income taxes from the Motorsports Investment District and proceeds from a new admissions tax. IMS also will fund at least $2 million annually toward lease payments and debt service.

A copy of the Indianapolis Motor Speedway Qualified Motorsports Facility Improvement Plan and accompanying exhibits may be found on the IMC website at www.in.gov/imc/2339.htm. 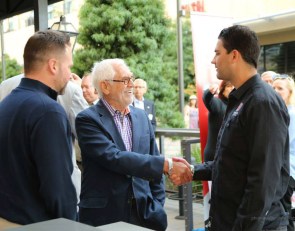