Southern California-based Global Motorsports Group will field at least one entry in the inaugural TUDOR United SportsCar Championship, where it will run an Audi R8 LMS in the GT Daytona category for team owner James Sofronas and GMG driver Alex Welch.

?To take part in the debut of the TUDOR United SportsCar Championship would be a huge honor for our team,? said Sofronas. ?We’ve had a fantastic 2013, between our success in the Pirelli World Challenge combined with our championship in the Lamborghini Super Trofeo Series, so taking part in the TUDOR Championship is the next logical step.

?Beyond continuing our relationship with Audi, it’s especially exciting to move Alex up with the program. He’s been a great product of our driver development system, and he’s proven really strong in 2013.? 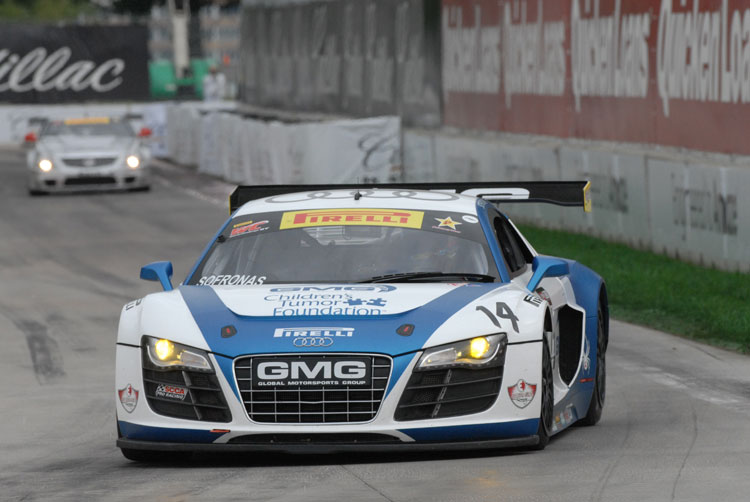 Sofronas took three wins in the PWC this season, placing second in the championship and establishing the R8 as a leading contender in PWC while building toward adding a TUDOR Championship program with PWC teammate Welch.

?It will be great to take part in some of the world’s biggest endurance races,? said Welch. ?GMG has done a great job getting me prepared for this next step, and I’ve really enjoyed driving the Audi. When you look at just how many quality teams are running Audi programs next year, it’s clear this is a great choice for the team.?

It’s unclear whether GMG will contest the full 11-round TUDOR Championship, but the four North American Endurance Championship races would seem to be a lock. News of additional drivers and other team-related plans are said to be forthcoming.