Top view, oval and road course configurations of the IL-15.

Following the announcement on Oct. 31 that Dallara Automobili had been selected to design and develop the next-generation Indy Lights Presented by Cooper Tires chassis which will compete in 2015, Andersen Promotions today unveiled renderings of the Dallara IL-15.

The car’s design is a joint effort between Dallara’s Italian headquarters in Varano Melegari (Parma) and Dallara LLC in Speedway, Ind. The car will be assembled at the company’s U.S. headquarters located near the Indianapolis Motor Speedway.

“The new Indy Lights Dallara IL-15 will be built to the highest safety and reliability standards that Dallara is known for and offer a modern stylish appearance that we know our drivers and fans will love,” said  Dan Andersen, owner and CEO of Andersen Promotions. “We’ve been working with Dallara to present a car that will perform well, provide the proper training required for drivers in our series as the final step on the Mazda Road to Indy ladder and still be exciting to look at. We believe the designers have accomplished all of our goals. Seeing it on the track next August in testing cannot come soon enough for us.”

Dallara is the manufacturer of the present spec Indy Lights chassis which debuted in 2002. Updates to the current chassis will be utilized next season as the series transitions to the new Dallara IL-15 the following year. Teams competing in 2014 as well as all teams placing orders by March 15 will receive a reduction in pricing on the new chassis. Dallara is also offering a finance/lease option to spread costs over a three-year period to defer initial ownership expenditures.

“We are honored to support Andersen Promotions in developing the new IL-15 racecar,” said Andrea Pontremoli, CEO of Dallara. “Styling targets have been achieved so far, and we can’t wait to start working together with all the other partners involved in the project. We will soon be ready to provide a modern, safe, reliable and stylish race car. Many of the innovations introduced in the IndyCar Series (i.e. driver protection devices, anti-interlocking features, paddle shift, etc.) will be transferred to this new project, as well as all our knowledge of single-seater race car design. We can’t tell how excited we feel about this new cooperation, and we look forward to testing the brand-new car on the racetracks next year.”

Long-term partnerships with industry leaders Performance Friction (PFC) on a brake package and Cosworth for electronics (looms, steering wheel and data system) for the Dallara IL-15 have been confirmed. A new engine partner will be announced in the coming weeks.

The development process for the new Indy Lights car is led by Tony Cotman, president and founder of NZR Consulting and the former Vice President of Competition at IndyCar. 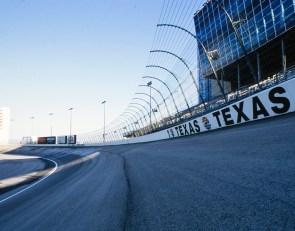 Inside CART's 2001 Texas debacle: The lead-up 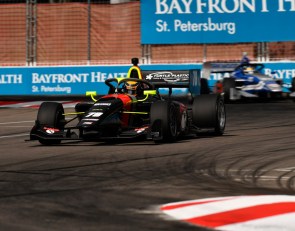