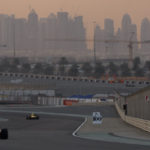 Formula 1 teams are meeting ahead of the Hungarian Grand Prix to try to finalize next year’s pre-season build-up plans, with Dubai set to hold two tests.

After weeks of discussions over the tweaked plans for 2014 pre-season testing, teams and F1 commercial boss Bernie Ecclestone will discuss how to align tests with the proposed 2014 calendar.

Although teams have been set on the idea of the first test taking place in Spain, most likely Jerez, in the week beginning Jan. 19, there have been lengthy talks about the two subsequent tests in the Middle East. Qatar, Bahrain and Abu Dhabi were all considered as potential venues for the two other tests, but sources suggest that Dubai is now clear favorite to hold them.

It has won favor over the other venues because the Dubai Autodrome is not holding an F1 race and the emirate has close ties with the sport, with its national airline Emirates a partner of F1.

One issue that will need resolving is how to fit in the Middle East tests with the logistics of hosting the first race. Although Bahrain has been widely tipped to hold the season opener, sources have suggested that Ecclestone is edging toward keeping Australia as round one. If that is the case, then the teams are believed to prefer moving the tests later on so that the cars can be freighted direct from the test to Melbourne.

One other option is to hold the three pre-season tests early. That will give enough time for the cars to be returned to the factory afterwards so they can be readied there for the first event.