No team’s revolving door has spun harder than Toro Rosso’s since the team first emerged from the ashes of Minardi in 2006. With Brendon Hartley having now apparently found himself in the crosshairs, here’s a look back at the drivers who have suited up for the “Baby Bulls” through the years.

Vitantonio Liuzzi (2006-2007)
STR starts: 35
STR starts: 35 Best finish: 6th (Canada, 2007) Total points: 4 One of Toro Rosso's foundation drivers, Liuzzi scored the team's first point at the 2006 US GP. Patchy performances during the first half of 2007 prompted speculation about his future, and despite a late upswing in results he was replaced by Sebastien Bourdais for 2008.
more

Scott Speed (2006-2007)
STR starts: 28
STR starts: 28 Best finish: 9th (Australia, 2006; Monaco, 2007) Total points: 0 Speed's arrival was accompanied by all of the hype you'd expect for the first American in F1 since 1993. That his exit after the 2007 European GP was accompanied by team boss Franz Tost insisting that he never actually grabbed his driver by the throat shows how badly fractured that relationship had become.
more

Sebastian Vettel (2007-2008)
STR starts: 25
STR starts: 25 Best finish: 1st (Italy, 2008) Total points: 40 Toro Rosso plucked Vettel out of BMW's program to replace Speed from the 2007 Hungarian GP onwards, and a few races later he rewarded them with a the team's then-best result of fourth in China. The following year got off to a quiet start until the new STR3 came online in Monaco, after which Vettel was regularly in the points. After giving Toro Rosso its first - and still only - win at Monza in 2008, he was promoted to Red Bull for 2009. Many championships followed.
more

Sebastien Bourdais (2008-2009)
STR starts: 27
STR starts: 27 Best finish: 7th (Australia, Belgium 2008) Total points: 6 Toro Rosso was Seb's team in 2008 - but Bourdais was the wrong Seb. The combination of a car completely unsuited to his tastes and a team very much focused on the other side of the garage helped make for an experience that he now cheerfully describes as "miserable", although he was denied several potentially strong results by assorted misfortunes. It all came to an end after the German GP in 2009, when Bourdais became the second STR driver in two seasons to be replaced mid-year.
more

Sebastien Buemi (2009-2011)
STR starts: 55
STR starts: 55 Best finish: 7th (Australia, Brazil 2009) Total points: 29 Buemi was plucked out of Red Bull's development program to replace Vettel in 2009, and become a Toro Rosso mainstay for the next three years. He was retained by Red Bull as a reserve after losing his seat ahead of the 2012 season, but did not race in F1 again. He's since won championships in both the WEC and Formula E.
more

Jaime Alguersuari (2009-2011)
STR starts: 46
STR starts: 46 Best finish: 7th (Italy, Korea 2011) Total points: 31 The then-19-year-old Spaniard became first in line in Red Bull's development queue when Brendon Hartley was dropped from the Junior program during 2009, and benefited almost immediately when Sebastien Bourdais split with Toro Rosso. He made his debut in Hungary that year, and remained on board until the team's clean-out at the end of 2011.
more

Daniel Ricciardo (2012-2013)
STR starts: 39
STR starts: 39 Best finish: 7th (China, Italy 2013) Total points: 30 Ricciardo's first outings with Toro Rosso were as a test driver during the first half of 2011. He spent the rest of the year racing for HRT, and began a two-year stint as a Toro Rosso race driver the following year. His strong performances during 2013 made him a natural candidate for an internal promotion to Red Bull Racing to replace compatriot Mark Webber in 2014.
more

Jean-Eric Vergne (2012-2014)
STR starts: 58
STR starts: 58 Best finish: 6th (Canada 2013, Singapore 2014) Total points: 51 Followed a well-trodden Red Bull Junior path by proving his worth in testing before being offered a race seat with Toro Rosso, and finished ahead of teammate Ricciardo in his first season despite a higher number of DNFs. Fluctuating consistency over the next couple of seasons eventually led the team to view him as expendable when the next group of stars in the making became available.
more

Daniil Kvyat (the first stint; 2014)
STR starts: 19
STR starts: 19 Best finish: 9th (Australia, Great Britain, Belgium) Total points: 8 The then-19-year-old was signed up to replace the Red Bull-bound Ricciardo for 2014, and made immediate waves by scoring points in his debut in Australia – at the time, he was the youngest driver to do so. A handful of other point-scoring finishes over the balance of the season convinced the Red Bull brass that he was worthy of a seat in the main team for 2015.
more

Max Verstappen (2015-2016)
STR starts: 23
STR starts: 23 Best finish: 4th (Hungary, USA 2015) Total points: 62 Promoted straight out of Formula 3, Verstappen broke the record for the youngest-ever full-timer when he made his debut with Toro Rosso at 17, and knocked two years off the youngest points-scorer record next time out at Malaysia. The combination of his results and occasional propensity for mishaps led to a growing reputation as a prodigious yet unrefined talent, but when Red Bull needed a replacement for Kvyat four races into 2016, the speed side of that argument won out.
more

Carlos Sainz Jr (2015-2017)
STR starts: 56
STR starts: 56 Best finish: 4th (Singapore, 2017) Total points: 112 A long-time member of the Red Bull Junior program, Sainz completed his climb up the ladder when he was offered a race seat at STR for 2015. His steady haul of points cemented his rising stock, but at the expense of increasingly loud murmurings from the Spaniard's camp that his talents deserved a bigger platform. With no vacant seats at Red Bull, a temporary solution was found by farming him out to Renault for 2018 – a move that came early when the latter decided to drop Jolyon Palmer four races before the end of the 2017 season.
more

Daniil Kvyat (the second stint; 2016-2017)
STR starts: 31
STR starts: 31 Best finish: 9th (Singapore 2016; Australia, Spain 2017) Total points: 8 Opening-lap mistakes at the 2016 Russian GP earned Kvyat an immediate demotion from Red Bull Racing back down to Toro Rosso to "regain his form", according to Christian Horner. He kept the seat for 2017, but a trouble-plagued campaign led to his being benched after the Singapore GP, although the team insisted that "he remains a part of the Red Bull family".
more

Pierre Gasly (2017-present)
STR starts: 11*
STR starts: 11* Best finish: 4th (Bahrain) Total points: 18 Another long-time Red Bull Junior driver, Gasly's F1 chance came when it was decided to sideline Kvyat midway through 2017. Other than that year's U.S. GP, which he was forced to skip due to a preexisting commitment in Super Formula, he's been part of STR's line-up – and its chief point-scorer – ever since. *Current driver; statistics correct after Monaco GP.
more

Daniil Kvyat (the third stint; 2017 United States GP)
STR starts: 1
STR starts: 1 Best finish: 9th (U.S. GP) Total points: 2 Gasly's Super Formula clash opened the door for a Kvyat recall in Austin, but despite finishing in the points, he was benched again once the race was over - and cut from the Red Bull program altogether.
more

Brendon Hartley (2017-present)
STR starts: 10*
STR starts: 10* Best finish: 10th (Azerbaijan, 2018) Total points: 1 After losing Red Bull's backing as a junior driver in 2009, Hartley went on to carve an immensely successful career for himself in sports cars. Following the closure of Porsche's LMP1 program he was on the verge of moving into IndyCar with Ganassi until Toro Rosso came knocking ahead of the 2017 U.S. GP. He has been part of Toro Rosso's line-up ever since, but an inconsistent start to 2018 and news of the team's interest in Lando Norris suggests that the New Zealander is the latest target of the team's impatience. *Current driver; statistics correct after Monaco GP.
more 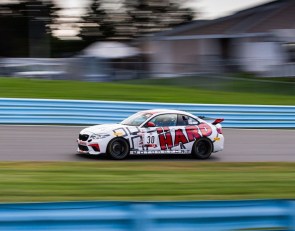