Cadillac completed a 24-hour test of its V-LMDh at Sebring this week, bringing the total test mileage for the new car to nearly 12,000 miles as it prepares for the maiden season of GTP in the IMSA WeatherTech SportsCar Championship as well as a program in the World Endurance Championship.

“It was good to come to Sebring to put the new car through its paces and see what it will do in the harshest environment it will race in terms of surface,” said Cadillac Racing assistant program manager Kalvin Parker. “It was also beneficial for the team to see how it functions as a unit over 24 hours with a new car with new systems.”

Data collection from race-equivalent stints, including night running, and validating durability on the bumpy 3.741-mile, 17-turn circuit were among the objectives in running the Chip Ganassi Racing-prepared car for the equivalent of two 12 Hours of Sebring. The car completed the 24-hour test with limited down time. Six CGR drivers alternated time behind the wheel of the all-new race car.

“For every driver and every member of the crew, there is no other way to really get to know your machinery than having track time like this,” said driver Alex Lynn. “The team sends you out and says you have two hours, go explore. Once the season starts, every run has something to learn, so exploring and learning on your own is a nice feeling, especially when you’re starting to look for more performance.”

“It’s really good to experience the car at Sebring with the challenges the track presents with the bumps and explore and understand what the car does in those situations,” Sims explained. “We’ve gone through a fair few changes and we’re making good improvements. This is another step on from Road Atlanta where the car is more in tune with me at speed and I feel quite comfortable with what it’s doing. The car is performing well.”

Both series the V-LMDh will compete in race at Sebring on the Super Sebring weekend March 15-18. The Mobil 1 Twelve Hours of Sebring is the second round of the WeatherTech Championship, where one car each from CGR and AXR will compete, while the 1000km of Sebring is the opener for WEC, where CGR will contest a full season with Earl Bamber, Lynn and Westbrook. Thus, mastering the bumpy former airfield circuit — where Cadillac is riding a four-year win streak in the 12 Hours — is critical.

“It was helpful to have one car running the full 24 hours and have the other car run a very successful test plan that included some night running to get drivers used to the new headlights in changing track conditions,” Parker added.

The Cadillac Racing test schedule is full leading into the Jan. 20-22 Roar Before the 24 at Daytona International Speedway, followed by the competition debut of the Cadillac V-LMDh on Jan. 28-29 in the Rolex 24 At Daytona. 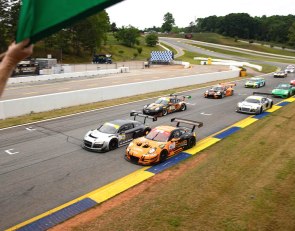