Fall Historics bring HSR back to Road Atlanta this weekend

Fall Historics bring HSR back to Road Atlanta this weekend

A stout entry of Historic Sportscar Racing cars and competitors returns to one of America’s premier road courses for the second time this season for this weekend’s HSR Fall Historics at Michelin Raceway Road Atlanta, October 13-16.

The full weekend of competition on the 2.54-mile road course north of Atlanta launches a three-race stretch run that includes some of HSR’s most popular events and venues to close out the 2022 HSR racing season.

Fall Historics highlights include a full slate of HSR sprint, endurance and feature races. Minis will also be showcased at the HSR Fall Historics this weekend with the addition of the popular Can-Am Mini Challenge race as a featured event of HSR’s annual autumn visit to Michelin Raceway Road Atlanta.

Introduced in 2008, the Can-Am Mini Challenge brings together Canadian and American classic racing Minis from the early 1960s on up and a variety of related small-bore “specials” that share the unmistakable Mini DNA.

Past Can-Am Mini Challenge events have been held at circuits such as Sonoma Raceway, Watkins Glen International, Mid-Ohio Sports Car Course and other legendary venues. All competing Minis run “A-Series” engines and are required to be genuine race cars with logbooks and proper safety equipment. The door is also open for A-series powered variations of the Mini, including one eye-catching Unipower that is sure to be a favorite of race fans and competitors alike.

Kelly Wittenauer has entered a very rare 1968 No. 84 Unipower GT, which is a Mini-powered special. Of the 73 Unipower GTs built, only six cars left the factory fully prepared for competition on the track. Competition models were factory built to full race specifications with additional chassis bracing, four-wheel disc brakes and rose-jointed suspension. Only four of the six original cars survive, and the Wittenauer Unipower is one of only two in the USA.

After originally being imported to North America through New York, Claude Houde purchased the Unipower in 1972 and competed primarily in Canada on such well-known circuits as Trois-Rivieres and Mont-Tremblant in the car’s prime. Houde, who owned the car for 44 years, later raced the Unipower on many of the same tracks on which the car competed in its prime in vintage and historic racing competition. The Wittenauers purchased the Unipower in 2018 and it continues to be one of the most popular cars wherever it competes.

Friday’s Sasco Sports race is a production-car showcase of big-bore American iron going head-to-head with top sports cars from Europe and beyond. The flat-out sprint has competitors racing for the overall win in addition to top-three honors in the International, American and Porsche classes.

The Fall Historics is the final race before the eighth running of the HSR Classic Daytona presented by IMSA, the classic 24-hour race at Daytona International Speedway (DIS), November 2 – 6.

The HSR Classic Daytona is once again followed in 2021 by its “HSR Classics” sister event, the HSR Classic 12 Hour at Sebring, Pistons and Props, presented by the Alan Jay Automotive Network. The seventh-annual running of the HSR Classic Sebring 12 Hour closes out the 2022 HSR racing season on the legendary Sebring airport circuit, November 30 – December 4.

The HSR Classics events at Daytona and Sebring share the card each weekend, respectively, with the Daytona Historics and Sebring Historics races that will see all season-long HSR championships decided on two of the most legendary circuits in the country. 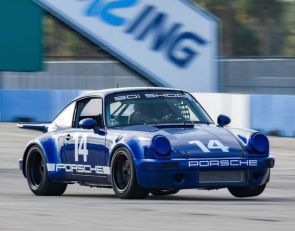 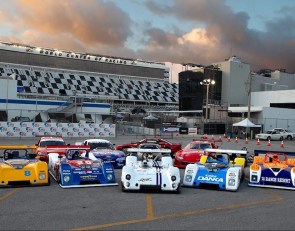 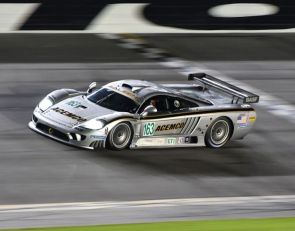