Haas team principal Guenther Steiner opted not to speak to Mick Schumacher after what he considered a self-inflicted crash by his driver at the Japanese Grand Prix.

Schumacher crashed at the Dunlop Curve after completing a practice start at the end of FP1 at Suzuka, missing the second session as a result. Unhappy at the heavy damage and lost track time, Steiner says even if the conditions were tricky they were not a surprise to the team or driver.

“There’s nothing good in that crash,” Steiner (pictured second from left, above) said. “Less is more; I didn’t speak with him.

“At some stage… the spray you can see, there was water before. I’m not out there driving telling you how difficult it is, but this job is not easy. In the end I felt it was self-inflicted. Yes there was spray, there was water, but we all know that. There was nothing (new).”

Mick Schumacher found the barrier on his way back to the pits at the end of FP1 😣#JapaneseGP #F1 pic.twitter.com/rvsZWOlCoM

Haas initially reported that Schumacher’s chassis was cracked and needed changing, but Steiner says it was actually a precautionary move to avoid being put under time pressures after in-depth investigations.

“Maybe we can even check it out here, but it was easier to make the decision to change it now — then we are done. Then we check it properly. We don’t think there will be a lot of damage on it, if any, but we were not sure and if you don’t know, you’d better do your best job to be sure that everything is OK.

“We need to inspect it properly and if you then find out that it is cracked, then you’re in a bind to change it for tomorrow. So we decided we change it — we’ve got one — then we check it calmly and we see what we’re doing and where we send it.”

Despite the mistake from the driver facing an uncertain future at the team, there was at least some positivity on the other side of the garage, with Kevin Magnussen ending FP2 in fifth place. Although Steiner was ignoring the finishing position, he says setup work had proven to be productive.

“I would not jump to any conclusions today. It’s changing conditions and you could be P1 here if you do the right thing at the right time — that’s not the objective. I don’t know what the other ones are doing, so obviously you go out and try to do your tests but I don’t think it shows the classification.

“We had some time to test some things with Kevin in FP2 — you saw the car was in the garage for quite a while because we did a major setup change to try something out and that’s always good. We liked what we did because with the additional 30 minutes you can do a little bit more…otherwise we couldn’t do that test. So that was good, but obviously we tested only one car in FP2, which wasn’t good.” 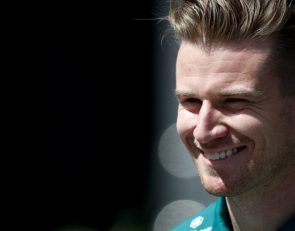 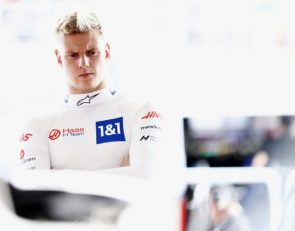