Sebastien Bourdais put in a flyer in the final minutes of the second practice session with only DPi and GTD PRO on track as several teams went for qualifying simulations. Bourdais knocked Tom Blomqvist off the top of the chart as he turned a 1m09.040s (132.44mph) lap in the No. 1 Chip Ganassi Racing Cadillac.

“I kind of missed the peak of the tire, but it was a solid lap,” said Bourdais. “The balance is really good and very consistent. I think the boys at Cadillac Racing have done a really good job. Obviously this race doesn’t play out in the sun, it plays out at night. But we’ll keep working on it tonight and see where we stand.”

Blomqvist went to the top just as the final 15 minutes began as the No. 60 Meyer Shank Racing with Curb Agajanian Acura continues to head title rivals Wayne Taylor Racing. Blomqvist ended up 0.302s shy of Bourdais. Kamui Kobayashi was third in the No. 48 Action Express Racing Cadillac with a 1m9.425s lap. Tristan Vautier in the No. 5 JDC-Miller Motorsports Cadillac was fourth, followed by the No. 31 Action Express Cadillac in the hands of Pipo Derani.

The No. 02 CGR Cadillac that Earl Bamber had put on top in the first session was deprived of a qualifying sim in the final 15 minutes after contact with a Ferrari sent it to the garage for inspection with about 20 minutes left in the 1h45m session.

Trouble struck another leading LMP2 contender in the session as Rui pinto de Andrade nosed the No. 8 Tower Motorsports ORECA into the tires on the outside of Turn 1. De Andrade is co-driving with championship leader John Farano in the No.8, along with Louis Deletraz, fastest in the first session. On the other hand, the No. 52 PR1 Mathiasen Motorsports ORECA that sustained heavy damage in the first session made it back onto the track with only minutes to spare.

Ryan Dalziel was quickest in the No. 18 Era Motorsport ORECA at 1m11.656s, 0.331s faster than Juan Pablo Montoya in the No. 81 DragonSpeed USA ORECA. Anders Fjordbach turned a 1m11.991s lap — four thousands of a second slower than Montoya – to put the No. 20 High Class Racing ORECA in third.

Kay van Berlo was quickest among LMP3 drivers in the No. 74 Riley Motorsports Ligier before jumping over to his Porsche for the Carrera Cup race that followed the session. Van Berlo had a 1m15.569s lap to lead Gabby Chaves in the No. 36 Andretti Autosport Ligier by 0.229s. Garret Grist put the No. 30 Jr III Racing Ligier into third with a 1m16.260s time.

Jack Hawksworth shocked the GTD PRO field in the final 15 minutes with a time nearly two-thirds of a second quicker than anyone else. His 1m18.912s lap in the No. 14 Vasser Sullivan Lexus led BMW M Team RLL’s third driver, Jesse Krohn, by 0.645s. Third, and the last PRO car before the GTDs started filling in, was Antonio Garcia with a 1m19.718s in the No. 3 Corvette.

First GTD car and fourth among the GTs was the other Lexus RC F, Richard Heistand putting it on top with a 1m19.853s lap. Erik Johansson was second for Paul Miller Racing, 0.006s off Heistand’s time, in the No. 1 BMW M4 GT3. Russell Ward was third in GTD, ninth overall, in the Winward Racing Mercedes-AMG GT3 at 1m20.189s. Championship contender Stevan McAleer was fourth in the No. 32 Team Korthoff Motorsports Mercedes-AMG, followed by Ulysse De Pauw in the No. 47 Cetilar Racing Ferrari 488.

The GTD-class No. 44 Magnus Racing Aston Martin Vantage has yet to turn a representative lap. The team reports that an incorrectly installed part caused overheating, and the team was doing an engine swap that kept it from going on track in the second session.

UP NEXT: Night practice, critical for making sure the car works as the temps get cooler after the sun sets with nearly three hours left in the race on Saturday night. The 90-minute session begins 7:30 p.m. Eastern. 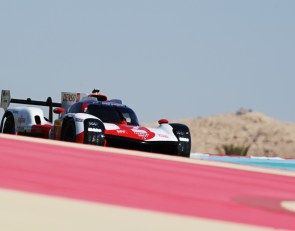 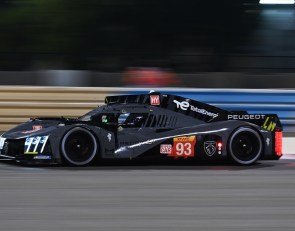 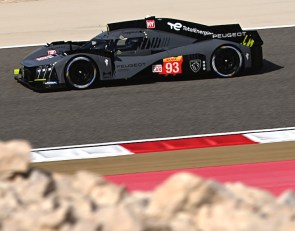