A relatively short list of motorsports events battled football for TV audience oxygen last weekend. NASCAR’s Cup Series round from Bristol averaged a 1.07 Nielsen rating and 1.776 million household viewers on the USA network Saturday night, per numbers from ShowBuzzDaily.com. That was down from a 1.20/2.198m for this race last year on the same weekend and time slot, when it aired on now-defunct NBCSN.

Back on FOX Sunday afternoon, the NHRA Camping World Drag Racing Series averaged 1.00 and 1.678 million viewers for coverage of eliminations from Maple Grove Raceway. Despite the telecast airing at different times in some markets due to conflicts with regional NFL action, those numbers were a year-on-year increase from the 0.80/1.452m that watched the finals from Charlotte on this weekend and time slot on FOX last year. 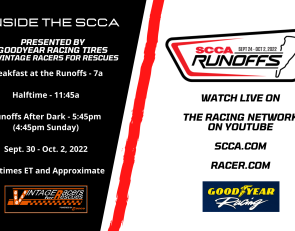