The BMW CCA Foundation and The Ultimate Driving Museum have selected the 1989 E30 BMW M3 Cecotto as September’s “Car of the Month Brought to You By Continental.” The campaign, which began in June, will spotlight one car each month until the remainder of the year, to help support The Power of M exhibit at the Museum, celebrating BMW Motorsport’s 50th anniversary.

The exhibit, which opened to the public on May 16 and will run through January 2023, features 25 cars and one motorcycle that represent BMW Motorsport’s history, including significant race cars and their roadgoing counterparts from BMW M.

“Each car has its own story that established itself either as a race winner or a champion on the road. We at BMW CCA Foundation are proud of how BMW’s legacy of winning races has translated to producing outstanding cars for the consumer,” said Bruce Hazard, board trustee and head of exhibit committee for the Ultimate Driving Museum.

In 1985, BMW chairman Eberhard von Kuenheim told BMW Motorsport technical director Paul Rosche, “We need a new sports engine for the 3 Series.” Two weeks later, Rosche had a working prototype of the S14 four installed in a 3 Series. Von Kuenheim liked it, and thus was born the E30 M3, the most successful touring car of all time.

Along the way, the E30 M3 made the careers of racers like Johnny Cecotto, whose incredible run in the 1989 Italian Touring Car Championship is commemorated in this special edition. No. AE40556 is number 447 of 505 Cecotto/Roberto Ravaglia special editions, of which 25 celebrated Ravaglia. It features all of the Evolution II upgrades save for the 220-hp engine: instead, it introduced a new 215-hp, catalyst-equipped S14 four.

No. AE40556 was sold new in Munich on June 20, 1990. In 2003, it was registered to Pieter Zijlmans of Etten-Leur, Netherlands. Zijlmans took it to a DTM reunion at the Nürburgring, where he met the car’s namesake, and he started an online registry for owners of Cecotto M3s. Shortly before he died in May 2016, he sold his beloved M3 to Cameron Plewes of Calgary, Alberta, Canada.

“It’s in terrific original condition, and I appreciate how it had been loved by Pieter,” Plewes says. “This car had a beautiful life in Europe, and we are giving it the same treatment in the Rockies.”

“By recognizing each month one of the iconic cars that are in the exhibit, we hope to bring awareness to BMW fans and the public to the dynamic provenance each of these cars represents in the history of BMW Motorsport,” added Hazard.

Along with 25 cars and one motorcycle, The Power of M includes informative displays throughout, telling the history of the cars and BMW M in words and photos.

The exhibit will also be commemorated with a lavishly produced book that features the history of each car and the M brand/BMW Motorsport, with text by Jackie Jouret alongside new photography by Klaus Schnitzer and archival photos. The books will be sold through the BMW CCA Foundation Store as well as Amazon.

GENESIS closed in May 2021 following a successful year-long run at The Ultimate Driving Museum – right across Highway 101 from BMW Manufacturing, and next door to the BMW Performance Center in Greer, South Carolina. 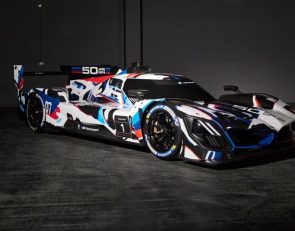 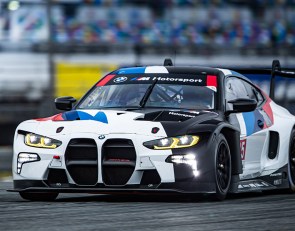 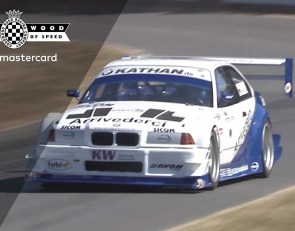