Charles Leclerc says there was no right choice for Ferrari to make under the early Virtual Safety Car despite a two-stop strategy that left him unable to fight for victory in the Italian Grand Prix.

The polesitter led the early part of the race from Max Verstappen, who had climbed from seventh to second in the opening laps and was closing in slowly. A VSC on lap 12 — caused by Sebastian Vettel’s retirement — provided an opportunity for a pit stop that cost less time than in normal conditions, but Leclerc came into the pits just before the VSC ended and then Ferrari opted for mediums that wouldn’t make it to the end of the race, leading to a second stop to drop behind Verstappen again.

“I think we need to look first at how much we lost,” Verstappen said. “I think it will have been very, very difficult anyway (if the VSC had been longer). We probably would have had a bit more margin to Max behind and maybe we would have just had a shot at finishing the race on a medium, which was not a possibility because Max was too close with these fresh tires, so we knew we just had to stop before he caught us.

“I think if you look at our season as a whole, for sure there’s been mistakes and we need to get better. If today was a clear mistake, I don’t think so because it was just our choice and looking back at it, you just cannot predict whenever the VSC is going to end.

“If I was not stopping Max would have pitted and he would have had the same problem as I did. So nothing to blame on anybody there. Just a little bit unlucky, and probably missing a little bit of pace too.”

Leclerc almost got a surprise chance to attack Verstappen late in the race when Daniel Ricciardo stopped, prompting a safety car, but the McLaren wasn’t cleared in time for racing to resume.

“Obviously, I really wanted this race to start again. From the car, I didn’t understand (the decision not to restart) because the last time we passed through, the track was clean,” he said. “So, I really thought that we will restart again, but it didn’t happen. Maybe there are things in the background that I didn’t know that didn’t make the restart possible.” 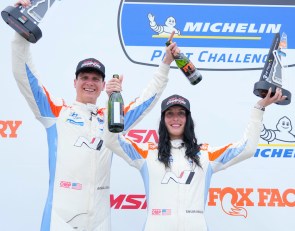