With the biggest race weekend in its 53-year history ready to invade the tiny Midwest town of Crandon, Wisconsin, the historic off-road raceway has announced the return of a new fan favorite. Thanks to the support of Continental Tire, Gravel Kings, Rugged Radio and Mobelwagen wheels, the second annual Crandon Class 11 World Championships will again be a reality on the traditional Labor Day weekend Crandon schedule.

Nearly 20 vintage Volkswagens and their teams are expected to make the journey to Crandon for the 53rd Polaris Crandon World Championships, the largest short-course off-road race in the world. Scheduled for September 1-4, 2022, the weekend will also play host to the Sportsman and Pro racers of the AMSOIL Championship Off-Road Series and the dynamic rock racing competitors that comprise the Ultra4 series.

“Admittedly there was some skepticism when we first announced that Crandon was opening up our Polaris World Championship weekend for Class 11 VWs,” said Crandon Promoter Marty Fiolka. “That quickly went away watching the reaction to these cars from our fans both young and old. With the help of top-tier partners like Continental Tire and Gravel Kings we will proudly host the Crandon Class 11 World Championships on Labor Day weekend for years to come.”

While the overall weekend event and race has yet to be announced, the Class 11 racers will participate in Crandon’s open test day on Thursday, September 1st before being a feature race under the lights on Friday, September 2nd. The weekend’s big race for the Continental Cup and Crandon World Championship rings will take on Sunday, September 4th as part of the 7th annual Red Bull Crandon World Cup.

Both of the weekend’s Crandon Class 11 World Championship races will be available for viewers to watch around the world as part of Crandon’s massive 2022 Polaris World Championship live-streaming and television broadcast production efforts. Coverage of the Class 11 competitions will be streamed at no cost on various motorsport platforms and crandonoffroad.com. 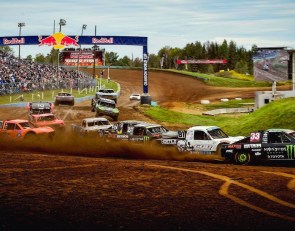