The 2022 Mecum Monterey Daytime Auction saw record attendance with enthusiastic crowds filling the fairways of the Del Monte Golf Course every day of the three-day classic and collector car auction event, held Aug. 18-20. Overall sales totals for Mecum’s annual California Car Week auction reached more than $52.1 million as a total of 297 vehicles changed hands. Among top individual sales, five sold for more than $2 million and a total of 12 sold for prices in the seven-figure range.

Ferrari proved to be an especially desirable marque at the Mecum Monterey auction, with three of the top-10-selling lots wearing the prancing horse emblem. Two of the prototypes from The Ferrari Prototype Collection were among the auction’s top 10 sellers, with the entire four-car assemblage selling for an aggregate $5.47 million. The collection’s 2014 Ferrari LaFerrari Prototype PS1 (Lot S33) achieved a $2.5 million sale, grabbing the fourth seat in top sales, and the 2012 Ferrari LaFerrari Prototype MP1 (Lot S34) reached $1.6 million, landing seat No. 6.

See more highlights from the sale at VintageMotorsport.com. 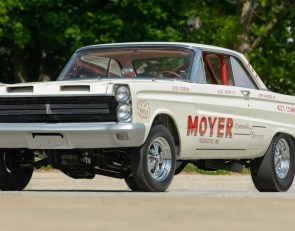 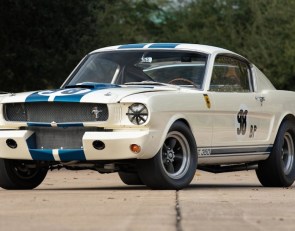