Over almost half a century, whether as a fan or working in some capacity in the racing industry, I’ve been fortunate enough to visit more than 110 racetracks around the world. But it took until the last couple of years working the IMSA WeatherTech SportsCar Championship beat to experience the best that a few of the finest road courses in North America have to offer. A couple of them were surprisingly absent from my resume til now.

For example, I had been to Sebring International Raceway many times to cover IndyCar testing on the 1.67-mile short circuit – certainly enough to learn the layout of the track and the character of the venue, but never to soak in the legendary party scene of the Sebring 12 Hours.

I did, however, witness the aftermath in 2005. Three days after the 12 Hours ended, Champ Car staged its preseason media days at the Chateau Elan hotel adjacent to the Turn 7 hairpin. That was fine for interviews and head shots, but the on-track testing phase didn’t go as well. The excesses of race week – you know, discarded couches and other furniture and mountains of other trash – had not yet been cleaned up, making the days useless for photographers and videographers in desperate need of those last-minute preseason images.

Walking a couple laps over the course of this year’s 12 Hours showed that Sebring is all it is cracked up to be. The old airfield certainly takes on a life of its own when packed with campers, and I particularly enjoyed seeing multiple generations of racing fans rubbing elbows, some of whom had clearly been making Sebring a part of their Spring Break plans for decades.

Canadian Tire Motorsport Park is another track where I had set foot on the property, but never when racing cars were running in anger. That is, unless you count a friendly outing circa 2010 for racing media sponsored by Bridgestone/Firestone when it operated the Bridgestone Racing Academy on the grounds of what was then called Mosport Park. It’s still there, utilizing the same facility, but now operating as the Skip Barber Formula Car School.

We were there to drive the school’s Van Diemen open-wheel cars on the short training track, but a couple of us expressed interest in seeing the ‘big’ track, the one that opened in 1961 and hosted the Canadian Grand Prix off and on from 1967 to 1977. Our hosts were kind enough to arrange a lap around the track in a van.

Frankly, I didn’t remember much from that one lap long ago, so seeing CTMP in a more relaxed fashion when I returned for the IMSA race was an eye-opener. The sheer speed of some of the corners and the extreme elevation change can only truly be appreciated during the course of a race weekend.

As an added bonus, Masters Historic Racing occupied a support slot for the Mosport weekend, including several Formula 1 cars that raced at the track during its F1 heyday. Tom Blomqvist’s IMSA DPi pole lap of 1m04.4s was nearly nine seconds under the fastest F1 time ever achieved at Mosport (by Mario Andretti in 1977), and it seems likely a modern F1 car would break the 60s mark.

The natural features at venues like Lime Rock make them just much fun for the drivers as for the spectators. Richard Dole/IMSA

I finally covered the Motul Petit Le Mans at Michelin Raceway Road Atlanta for the first time in 2020, and that’s another track where the elevation change is just mind-boggling. It’s also another venue that brought back a fun memory from the past, this one from 1997 when I was starting the first of two years as the public relations man for Bruce McCaw and PacWest Racing in the CART series.

Hollywood cigarettes, the sponsor for Mauricio Gugelmin’s car, wanted the latest ’97 Reynard and livery to be featured on the transporter graphics and for other promotional photography. First, a car was trucked up to Dan R. Boyd’s studio north of Indianapolis to set up a simulated action shot. I donned Big Mo’s helmet and gear and sat in the car while someone spun a front wheel and Dan R. clicked away.

There was a more elaborate shoot involving photographer Pascal Rondeau at Road Atlanta. Again, a car was shipped to the site, and again, I sat in Gugelmin’s seat, this time as the car was pushed down the many hills at Road Atlanta while Rondeau obtained ‘at speed’ images while riding on the nose or engine cover at 15 mph max.

I can’t believe it took me to this point in my life to visit Lime Rock Park, because everything about it is glorious – the track, the surrounding area, the history. And following a conversation with track marketing director Mike Rose, I expect to thoroughly enjoy my first trip to VIR, another ‘new to me’ venue. “You’ll feel right at home here,” he said.

He’s right, because classic American road courses are one of the many things IMSA has going for it. They’re beloved by drivers – especially those with an international background who are accustomed to the vagaries of Tilkedromes and track limits – and they remain popular with road racing fans.

You can count me in that group, and that’s why I was so pleased that an IMSA race weekend took me to WeatherTech Raceway Laguna Seca for the first time in 15 years. Road America is always a pleasure, and I never stopped going to Mid-Ohio Sports Car Course, even when I didn’t really have any reason to be there other than a desire to watch racing cars on a picturesque road course.

I can’t wait to get to VIR this weekend to check another historic American road racing venue off my list. If you see me out walking the circuit, taking it all in, please say hello! 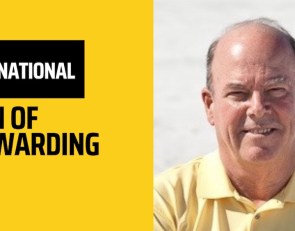