Sebastian Vettel says “there is a clear intention to keep going” with Aston Martin as contract talks begin with his current team.

The four-time world champion is out of contract at the end of the year and has previously stated that he would wait until later in the season before entering into discussions regarding his future. However, now just 10 days out from Formula 1’s mid-season break, Vettel says both sides are keen to continue working together.

“Well, I’m racing this weekend, and the next one!” Vettel said. “I’ve said that at some point we’ll start to talk and I’m talking to the team. I think there is a clear intention to keep going and we’ll see soon where we stand.”

Vettel’s position in F1 had been the center of speculation after Aston Martin has failed to take the expected step forward under new regulations this season and is instead ninth in the constructors’ championship. But having scored in three of the past five races and boasting 15 points compared to teammate Lance Stroll’s three, the 35-year-old has suggested he will remain in the sport.

It’s not just Aston Martin that Vettel has been linked with, though. Amid speculation regarding Daniel Ricciardo’s future at McLaren, his name was introduced as a potential candidate to switch teams but he says there’s no foundation to such claims.

“I think Lando (Norris) has a contract…” Vettel joked. “No, I know obviously some people there but I think it’s just rumors.” 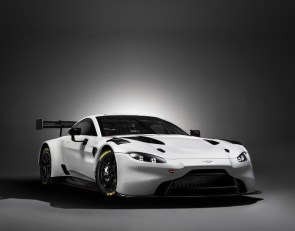