Rain and unseasonably cold temperatures greeted the drivers of the Ferrari Challenge championship as it rolled into the second half of its 2022 season. Running in support of the Canadian Grand Prix, drivers made do with limited track time on Friday before putting it all into practice in qualifying and racing sessions on Saturday. In addition to the uniquely limited track time, the limitations also require that every car entered compete simultaneously, making the series the largest participating in the Grand Prix weekend with nearly 40 cars taking the green flag.

Trofeo Pirelli
Jason McCarthy (Wide World Ferrari) streaked away from his pole-sitting position to earn the win in race significantly curtailed by a lengthy caution period just after the opening lap. Joe Rubbo (Ferrari of Long Island) hit the wall on the exit of turn 2, doing significant damage to the right-front corner of his Ferrari 488 Challenge Evo. But that was not the end of it. As the field streaked down the long straightaway towards the wall of champions chicane, Martin Burrowes (Ferrari of Quebec) and James Weiland (Ferrari of San Francisco) had a significant coming together that left both cars against the wall and necessitated lengthy repairs. Nevertheless, McCarthy kept his composure and took control of the restart to win in Montreal, followed by Matt Kurzejewski (Ferrari of Westlake) and Jeremy Clarke (Ferrari of Beverly Hills) making up the rest of the Trofeo Pirelli podium. In the Am category, Aaron Weiss (Ferrari of Central New Jersey) made his affinity for the rainy conditions apparent with the win, leading home Dave Musial Jr. (Ferrari of Lake Forest) and Todd Coleman (Ferrari of Denver) who finished in second and third respectively.

Coppa Shell
Michael Petramalo (Ferrari of Seattle) demonstrated the most important skill in Montreal; survival. Despite all of the chaos ahead as Weiland and Burrowes’ race ended in contact, Petramalo drive thorugh it all and came out at the head of the Coppa Shell category with another win to his name. He led home relative series newcomer Grey Fauvre (Ferrari of San Francisco) and Brian Kaminskey (Ferrari of Long Island). Kaminskey’s podium was particularly important as he brought in needed points to maintain his championship aspirations going into the second half of the season. In the Am category, David Schmitt (Ferrari of Palm Beach) led Rey Acosta (The Collection) from Tony Davis (Continental Autosport) who rounded out the top three, each making an impressive debut to the streets of Montreal.

Schedule
The final Ferrari Challenge race of the weekend will take place on Sunday at 11:10 a.m. ET. All of the racing action will be streamed live on live.ferrari.com. 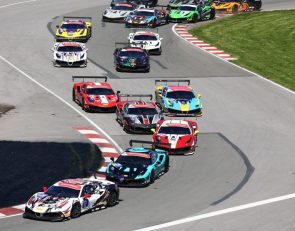 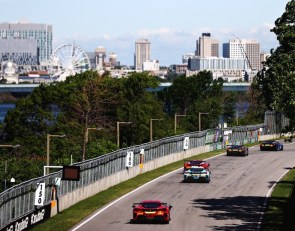