UPDATED: Penalty looms for Leclerc over ‘beyond repair’ power unit

UPDATED: Penalty looms for Leclerc over ‘beyond repair’ power unit

Charles Leclerc is on the verge of a grid penalty at the Canadian Grand Prix after Ferrari confirmed his power unit that failed in Baku is beyond repair.

Each driver is only allowed to use three internal combustion engines (ICE), turbochargers, MGU-H and MGU-K components during a season, and Leclerc had used two of each the ICE, MGU-H and MGU-K by the time of the last race in Azerbaijan. While a new one of any of those components would not carry a penalty, the Ferrari driver has already used three turbochargers and can’t take another new one without receiving a grid penalty.

“Investigation confirmed Charles’ Baku PU is beyond repair,” a Ferrari spokesperson said. “One possible cause of the failure is that it occurred as a consequence of the PU problem in Spain. We are now working on countermeasures to strengthen the package and the situation is under control.”

The retirement in Baku was the second in three races for Leclerc, who was leading on each occasion when he was hit by trouble. At the start of FP1 in Canada, the FIA confirmed Leclerc has taken a new ICE, MGU-H, MGU-K and control electronics, avoiding a penalty at this stage. However, a new turbo could still be fitted later in the weekend, and it’s only announced when the car leaves the pits using the component.

Teammate Carlos Sainz also retired from the last race in Azerbaijan, with Ferrari confirming a hydraulics issue led to his stoppage and that a short-term fix has been implemented for this weekend’s race in Montreal.

There is a grid penalty for Yuki Tsunoda in Canada, as the AlphaTauri driver takes a complete new power unit and will start at the back of the grid. 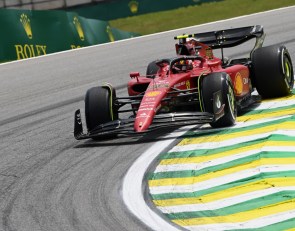