The Sports Car Club of America (SCCA) holds a very special spot in Lime Rock Park history. Having been a part of that history from day one, 2022 marks the 65th anniversary of SCCA events as the track prepares to host the SCCA New England Region on June 24-25.

Lime Rock Park is well established in the trinity of legendary road racing circuits in North America. Wisconsin’s Road America — which opened in 1955 — along with California’s Laguna Seca and Connecticut’s Lime Rock Park, both opened in 1957, are among the oldest continuously operated road racing circuits in the U.S. However, only Lime Rock’s circuit remains exactly the same after 65 years.

After the original track owner Jim Vaill transformed the former Lime Rock pit into Lime Rock Park, the SCCA held the track’s inaugural event on April 20, 1957. Billed as an SCCA drivers school, the track had to be re-paved after 152 cars tore it up during testing. It took three days and every dump truck in the area to fix the asphalt surface, but still the program ran on schedule. A crowd of 6,660 watched 10 races made up of a mix of the G-Production and MG classes. Ted Sprigg, driving an Alfa Romeo Giulietta, and Charles “Skip” Callanan, driving an MG TC, were the first recorded winners on the challenging 1.5-mile circuit.

Two months later, SCCA returned to hold its first National Championship race, the Haybale SCCA National, on June 9, 1957. Carroll Shelby took the pole (1m06.0s) in a Maserati 300S and lapped all of his big-bore competition, although Lime Rock legend John Fitch managed to lead the opening two laps. Shelby was Sports Illustrated magazine’s Driver of the Year in 1956 and ’57.

“That was the turning point in the track,” Jim Haynes, who ran Lime Rock for more than 20 years, told the “Hartford Courant.” “We went from just a club track to actually promoting a major race. We obtained sponsorship from Schaefer Beer and then the track took off.”

The upcoming SCCA New England Regionals, June 24-25, are amateur racing at its finest. The SCCA format offers every kind of race car imaginable, from mostly stock sedans and sports cars to formula cars of every type making the competition always close and exciting.

Friday, June 24 will feature practice and qualifying from all classes with Saturday, June 25 including a full day of competition from 9:00 a.m. to 6:00 p.m., with a lunch break around noon.

Click here for the full results from the 1957 SCCA race at Lime Rock Park (provided by http://www.PitTalk.org). For more photos from SCCA’s 1957 trip to Lime Rock Park, click here.

Some footage from the 1957 SCCA debut was recovered from the Lime Rock Park archives, shot with an 8mm camera by Daniel Stanfill. Watch below or click here. 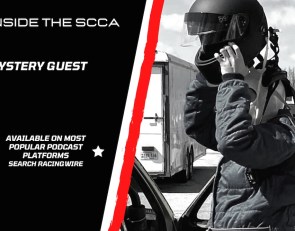 Inside the SCCA: Mystery guest