Lewis Hamilton has apologized to Mercedes for not managing to score a better result in the Emilia Romagna Grand Prix following a similar message from team boss Toto Wolff to the driver.

Wolff had taken to team radio at the end of a race when Hamilton was stuck behind Pierre Gasly and classified 13th to say: “Sorry for what you had to drive today. I know this is undriveable and not what we deserve as a result. So we’l move there, but this was a terrible race.”

With teammate George Russell finishing fourth, Hamilton apologized to Mercedes in return after being held up on a drying track.

“It’s been difficult. But I don’t really know what to say. It definitely isn’t easy.

“We all feel it as a team. At least George got some points for the team, my apologies to everyone that I wasn’t able to do the same.”

However, despite being lapped by Max Verstappen and failing to score a point for the first time this season, Hamilton says it is not the toughest time of his career.

“I think the team… everyone’s feeling it, and everyone’s just head down trying their best, there’s no one that’s giving up, everyone is trying to move forward as fast as they can.

“I’ve definitely had lower moments … I can’t say I’m particularly looking forward to (Miami) at the moment but I’m sure in the week I’ll get to a positive frame of mind, will be at the factory (on Monday) to see what we can improve.”

Despite Hamilton’s apology, Wolff attributes the major differences in results from the two drivers in Imola to race circumstances, saying there was no way Hamilton could improve his position.

“You see that when there is a DRS train like we had in the sprint race none of them could overtake. So if you are being boxed in in a train of cars it’s just almost impossible to overtake.

“Lewis had much more pace than Gasly or (Alex) Albon or the other guys in front but there is one DRS straight and if you haven’t got the straight-line speed you can’t pass.

“I think both drivers are doing their utmost and outperforming the car at the moment, we have been reaping the rewards for George who did an outstanding race, a perfect start, and handled the car that wasn’t tuned optimally and Lewis was just stuck there in the back.” 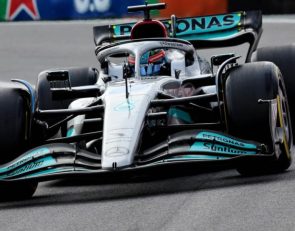 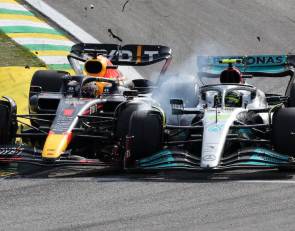