ECR aligns with education charity for ‘Ride with Rinus’ campaign

ECR aligns with education charity for ‘Ride with Rinus’ campaign

Ed Carpenter Racing has struck a unique arrangement with the non-profit educational organization Building Tomorrow which will take the role of primary sponsor for Rinus VeeKay at the GMR Grand Prix on May 14.

Through a $75 donation to the ‘Ride with Rinus’ campaign, which comes with having one’s name placed atop the No.21 Chevy’s sidepods, ECR and Building Tomorrow are attempting to raise funds to benefit the children of Uganda.

“Due to the pandemic … some 10 million children [were] out of school for nearly two years” in Uganda, and have been assisted via the organization’s ‘Roots to Rise literacy and numeracy programming’ which was delivered “to more than 40,000 children in 2021 and will reach over 100,000 learners in 2022.”

“We’re delighted to partner with Ed Carpenter Racing to raise funds and awareness for the learning crisis in Uganda,” said George Srour, co-founder of Building Tomorrow. “With this partnership, we’re giving anyone who wants to support literacy and numeracy – basic skills so many Ugandan kids haven’t had the chance to master – the opportunity to do so, and in return they get the chance to ‘Ride With Rinus’ on May 14.”

The campaign hopes to generate 1500 donations for the car VeeKay will drive on the Indianapolis Motor Speedway road course where he won his first IndyCar race last May, which would fund two years of education for 7500 students.

‘Ride with Rinus’ donations can be made through April 30 at buildingtomorrow.org/racetolearn. 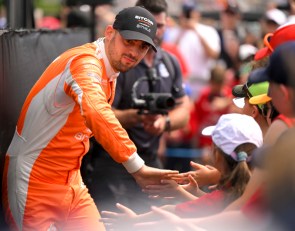 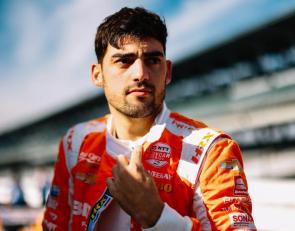