The 2022 program kicked off at Sebring (Fla.) International Raceway during the Trans Am season-opener with Robert Noaker in TA2 earning the Omologato Perfectly-Timed Move of the Race. He was awarded his timepiece in Victory Lane.

“I’m delighted to continue our partnership with SpeedTour,” said Shami Kalra, founder of Omologato. “Coming into our second year, we’ve worked really well with the organizers and achieved a lot behind the scenes. This partnership is exactly the kind we look for to help create good quality brand awareness.”

The next Omologato watch will be awarded during the Charlotte SpeedTour at Charlotte Motor Speedway on March 17-20. 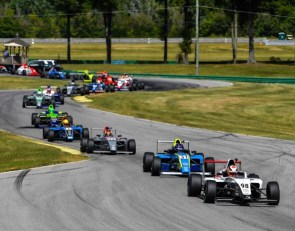