David Wilson is a big fan of Kurt Busch.

It’s not hard to come to that conclusion when asking the president of Toyota Racing about the addition of Busch to his camp. Wilson has spent a lot of time with Busch already as the former NASCAR Cup Series champion prepares for a new season, taking the reins of the second car at the expanding 23XI Racing operation.

But Wilson isn’t unfamiliar with Busch, having gotten to know him through conversations over the years. Busch also gave younger brother Kyle his first and only Xfinity Series win as an owner while driving a Toyota for Kyle Busch Motorsports. All of this is to say Busch was at the top of the list for Wilson and 23 XI co-owner Denny Hamlin when looking at 23XI’s next chapter.

“And it’s for the same reason,” Wilson tells RACER. “It’s not just what he can do on track, that speaks for itself — he’s Mr. Consistency. He’s going to make the playoffs. He’s going to win at least a race a year. But it’s the maturity in the feedback and the coaching.

“He’s going to lift the performance of that organization. Not on Saturday or Sunday, but over the course of the season. That’s where, honestly, I think Kurt’s going to provide the most value.”

It hasn’t been hard for Wilson and Busch to establish a relationship. Actually, Wilson hasn’t had to do much work on his end with phone calls about wanting to get together. Busch has been proactive, calling and asking if Wilson can get dinner and talk.

Toyota focuses on a culture of getting to know its people and building a level of trust and confidence. Wilson and Busch are doing that first and foremost.

“The business side, there’s always time to deal with that, and that’s going to be what we do in our day jobs,” continues Wilson. “But let’s start from a place where we can be comfortable, because the reality is, what comes with business are hard conversations, and they’re going to be times when we’re unhappy with each other, and we have to be able to look each other in the eye and know that we’ll be OK, as hard as this conversation is.

“That’s what gives me a sense of comfort right now. I feel like we’re already way ahead of the curve. I think the silver lining in Bubba [Wallace] having his shoulder surgery right after the end of the season was that it kind of thrust Kurt into the driver’s seat, literally and figuratively, and he’s carrying all the testing.”

After the season finale in November, Wallace had surgery to repair a torn labrum and bone spur he’d been dealing with. Not being able to drive the car meant Busch became the primary test driver when teams were given multiple days on track at Charlotte Motor Speedway in November and last week at Daytona International Speedway.

Wilson believes it’s led to Busch having an immediate impact. Nothing beats being able to hit the ground running by spending time with crew chief Billy Scott, his No. 45 team, as well as Mike Wheeler, the director of competition at 23XI Racing. When Wilson, who attended a test for the first time in years at Daytona and bumped into Scott, they greeted each other warmly because Scott also has a Toyota history. Scott was once an engineer and crew chief at the now-defunct Michael Waltrip Racing.

“It felt like he’s coming back to the family,” Wilson says.

Busch and Scott worked together in 2018 at Stewart-Haas Racing and won one race. Being able to spend an entire day at the track together in the off-season because of testing, developing a routine, finding what Busch’s needs are and how he responds, will only help.

Wilson (right) understands the challenges in growing a team like Hamlin’s (left) 23XI Racing, which is expanding to two cars in just its second season of operation. Nigel Kinrade/Motorsport Images

Except Wilson can’t overstate how much Busch’s value to Toyota will be more overarching. A rising tide raises all ships, and Busch can do that for the manufacturer.

Busch is not only a talent, but one of the very best in the garage at providing constructive feedback. Not every driver is as in tune with their race car, or can break it down with suggested changes as Busch does. Wilson ranks him at the top of that list alongside the likes of Kevin Harvick, Joey Logano, brother Kyle, and new boss Hamlin.

“They’re natural leaders,” Wilson said of Kurt Busch and Hamlin. “I couldn’t have hand-picked two better drivers to show up in Daytona (for the test last week) than those two guys.”

Wilson also noted the difficulty in expanding a program from a single-car team.

“It can’t be underestimated the challenge of going from one (car) to two; it’s much harder than going from two to three or three to four,” he said. “That’s a really difficult thing to do, and if I were to handicap that probability, I would have given it really low odds. And the only reason that we collectively, between ourselves and Denny and Michael [Jordan], made that decision was because we had all of the pieces in play to do it successfully, and it starts with that driver. Again, I don’t know that we could have put our hand on a better fit, a more critical fit for that step change than Kurt Busch.”

One area that is set to undoubtedly make for a unique experience is the combination of both Busch brothers being part of the same meetings.

“It’s easy to joke about Kurt and Kyle being in the same competition meeting,” Wilson says. “How funny is that going to be, and we’ve got to have this on reality TV. But there’s nobody better, and they all have opinions and feelings, and they’re not shy about expressing them. They’re vastly different. All three of them are different people, and that’s a good thing. Martin [Truex Jr.] is completely different, and Christopher’s [Bell] the kid. So, it’s a diverse group of talent, but we have, again, another really important voice that will benefit the family as much as just the team in 23XI.”

Busch makes teams and those around him better. Working with a new team isn’t unchartered territory for him, and neither is working with a new iteration of race car. As Toyota looks to capitalize on the experience and skill of a driver like Busch, Wilson will be cheering on from the sideline. 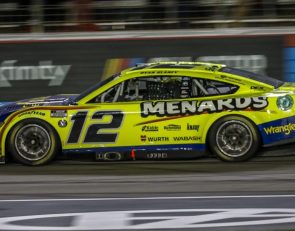