Wolff ‘trying to compartmentalize the anger,’ will skip FIA Gala

Wolff ‘trying to compartmentalize the anger,’ will skip FIA Gala

Lewis Hamilton and Toto Wolff will both skip the FIA Prize Giving Gala in Paris on Thursday in the aftermath of the Abu Dhabi Grand Prix controversy.

Mercedes announced on Thursday morning that it would not be pushing ahead with an appeal despite its belief race director Michael Masi did not apply the regulations correctly in the closing stages of Sunday’s race, stating its decision was due to the FIA promising a detailed analysis and action as a result. Despite the lack of an appeal, Wolff remains “disillusioned” with Formula 1 and the Mercedes team principal says both he and Hamilton will not attend Thursday’s event despite regulations demanding they do.

“No, both of us won’t be there,” Wolff said. “I won’t be there because of my loyalty to Lewis and because of my own personal integrity. But we will be represented as a team by James Allison, who will be taking the trophy on behalf of all the people in Brackley and Brixworth who should celebrate our eighth consecutive world championship title. Who deserve to be celebrated, because it’s a fantastic achievement that we are very proud of.

“In a way I’m trying to compartmentalize the anger on the outcome of the Formula 1 drivers’ world championship and on the other side the pride and the joy of having achieved something unprecedented. That needs to be celebrated.”

“Lewis and I are disillusioned at the moment. We are not disillusioned with the sport — we love the sport with every bone in our body and we love it because the stopwatch never lies. But if we break that fundamental principal of sporting fairness and authenticity of the sport, then suddenly the stopwatch doesn’t become relevant anymore because we are exposed to random decision-making, it is clear you may fall out of love with it.

“That you start to question if all the work you have been putting in — all the sweat, tears and blood — can actually be demonstrated in terms of being the best possible performance on track, because it can be taken away randomly. So it’s going to take a long time for us to digest what has happened on Sunday. I don’t think we will ever get over it — that’s not possible. And certainly not as a driver.

“I very much hope that the two of us and the rest of the team can work through the events, we can — together with the FIA and F1 — utilize the situation to improve the sport going forward. But we will never overcome the pain and the distress that was caused on Sunday.

“To be honest, still today I can’t even understand what was happening. I mean, disbelief — for me it still feels surreal. And when I rethink the situation, that at 18:27 the right decision was being taken, that no cars will unlap themselves, and four minutes later, out of nowhere, suddenly five cars were allowed to unlap themselves between Lewis and Max. And 10 seconds later the decision was taken that the safety car would come in this lap with a handful of laps only left. To be honest, for me that still seems like a nightmare. That’s why I was in total disbelief on Sunday and am still until today.” 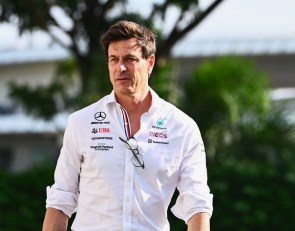