Playoff margins tight as NASCAR heads to next elimination round

Playoff margins tight as NASCAR heads to next elimination round

There is little breathing room for playoff drivers going into the second NASCAR Cup Series playoff elimination race at the Charlotte Roval.

While Denny Hamlin already knows he’s headed to the next round courtesy of his Las Vegas victory, those behind him could easily see their margins wiped away. Four drivers left Talladega Superspeedway 20 or more points above the cutline, but with stage points in play, they won’t be able to play it easy. As Brad Keselowski said Monday evening, a respectable day on the road course with no mistakes should do the trick.

Reigning series champion Chase Elliott is nine points above the cutline, as is two-time series champion Kyle Busch. Elliott earned points in only the first stage at Talladega and finished 18th. He is the defending race winner at Charlotte, and is considered a favorite when the Cup Series heads to a road course.

Busch did not earn any stage points and was involved in a lap 97 crash on the backstretch. He finished 27th and is the driver on the bubble.

“Just go to Charlotte and have a 10th-place day. That’s all we need,” Busch said. “You look at the guys that you’re racing around a little bit. A couple of the Hendrick cars are right around us. They’re out right now, but they’re fast on the road courses, so any one of them could possibly win. We just have to keep ourselves above the cutline.”

Christopher Bell led laps and finished fifth at Talladega but lost ground to the cutline. Bell needed more of his competition to have troubles, and instead, he finished amongst them.

“Just disappointing not to get stage points in Stage 1, that was a big turning point, but the guys that we’re racing all had good days,” Bell said. “We’ve got a long way to go, and we’ll head to the Roval, which is a good track for us, but it’s going to take a little bit of luck.”

Like in the first round, Hendrick Motorsports goes into an elimination race with two drivers below the cutline. And again, it’s Byron and Bowman. But both drivers rose to the occasion in the elimination race last month at Bristol to advance into the second round. 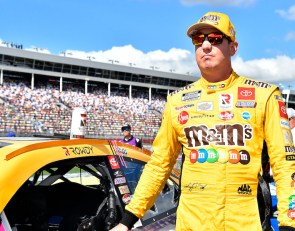 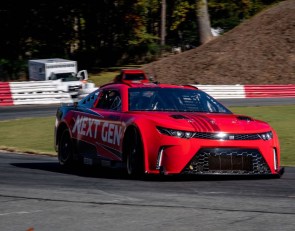